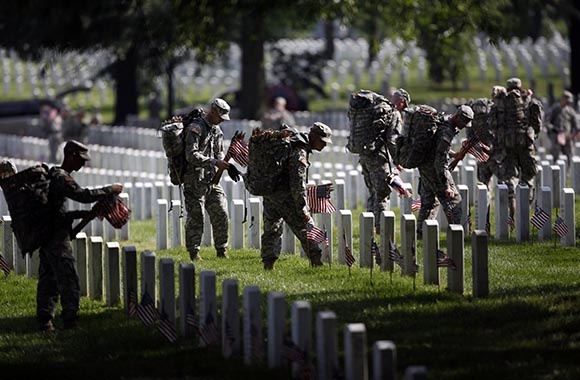 “While all eyes are on the war in Syria and Iraq and on terrorist attacks at home, the United States’ first post-9/11 war continues.”

Death toll from war in Afghanistan and Pakistan climbs to 173,000

The Costs of War project releases data on the human costs of a decade and a half of war in Afghanistan and Pakistan, finding that violence is not subsiding.

PROVIDENCE, R.I. [Brown University] — The combined, cumulative death toll of war in Afghanistan and Pakistan since 2001 is 173,000, with 183,000 others seriously injured, according to a new study by the Costs of War project, based at Brown University’s Watson Institute for International and Public Affairs.

“While all eyes are on the war in Syria and Iraq and on terrorist attacks at home, the United States’ first post-9/11 war continues,” said Neta C. Crawford, author of the study and professor of political science at Boston University.  “At this point, despite what President Obama recently described as ‘all the blood and treasure we’ve invested in Afghanistan over the years,’ the war in Afghanistan has increased in intensity.”

Crawford, who co-directs the Costs of War project with Catherine Lutz, the Thomas J. Watson Jr. Family Professor of Anthropology and International Studies at Brown, focused the report on the wars’ direct and indirect impact on human life, health and wellbeing in Afghanistan and Pakistan, including deaths, injuries and displacement.

The study, “Update on the Human Costs of War for Afghanistan and Pakistan, 2001 to mid-2016,” summarizes the pattern of killing in the Afghanistan-Pakistan conflict zone since 2001, with an emphasis on the most recent years.

Crawford notes in the report that the wars are interrelated. The war in Pakistan “began as Al Qaeda and the Taliban fled from Afghanistan into the northwest region of Pakistan in 2001,” Crawford wrote, and is “underreported partially because the news media have been targeted for killing by both militants and security forces, and because the Pakistani government controls journalists’ access.”

Specific data on deaths from U.S. drone strikes in Pakistan is difficult to access, Crawford notes, because the strike program remains largely secret even after the recent release of data by the Obama administration. That data covers drone strikes in Pakistan, Yemen and Somalia, but it is not disaggregated by war zone. The Costs of War study includes estimates from the Bureau of Investigative Journalism, the Long War Journal, the New America Foundation and the Pakistan Body Count. Those estimates range from a low of 158 civilian deaths caused by U.S. drone strikes to a high of 2,657.

Based on reports from several sources, Crawford found that in total, the number of deaths caused directly by the wars in the two countries has risen by 24,000 to 173,000 since March 2015, when the Costs of War project estimated the combined death toll to be 149,000 people.

In the intervening period, the intensity of the war in each country has changed, according to the report, with violence increasing in Afghanistan and diminishing, for a short period, in Pakistan in 2015. However, the report identifies an upward trend of violence in Pakistan in the first half of 2016.

“There is no disputing the fact that the wars in Afghanistan and Pakistan continue to be devastating for civilians,” Crawford wrote. “The first six months of 2016 indicate that there is as much or more war-related violence in Afghanistan as in 2015.”

And the increased intensity of the fighting in Afghanistan, Crawford noted, could have a “spillover” effect in Pakistan.

“It is crucial that a nation at war, as the United States has been for nearly fifteen years, look rigorously at the facts about the impact of that violence on all concerned,” added Lutz.  “These numbers, moreover, reflect just those killed directly.  Many more have died as an indirect result of the wars and their destruction of infrastructure and community health.”

The report is one of a series of periodic updates on the costs of the post-9/11 wars in Iraq, Afghanistan and Pakistan by the Costs of War project, which launched at Brown in 2011 and counts 35 scholars, legal experts, human rights practitioners and physicians among its team members. Previous reports have aggregated and evaluated different facets of the costs of the wars.

Other findings from the report include:

Military and Department of Defense Deaths

This report’s full findings and archives are available online at watson.brown.edu/costsofwar.