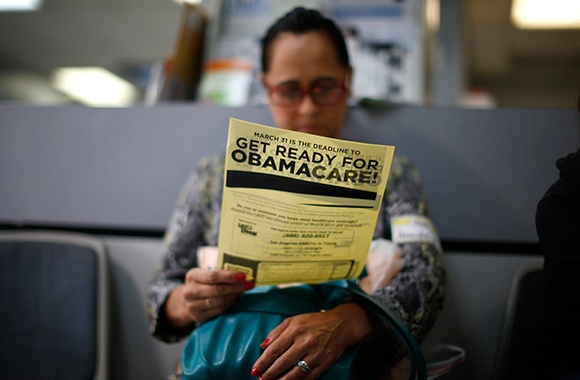 "The strongest effects of an Obamacare repeal would perhaps be on adults living in Republican states, and more generally on the degree of regional inequality in insurance rates."

Watson Institute Faculty Respond to a Potential Repeal of Obamacare

Will Republican States Feel the Most Impact from a Potential Repeal of Obamacare?

The repeal of Obamacare would not be felt most strongly by U.S. children and mothers. Insurance rates for U.S. children and mothers are quite high because of Medicaid and state-run Children Health Insurance Plans (CHIP). Nor would a repeal be felt most strongly by those living in heavily Democratic states, though certainly individuals in those states would be impacted. The strongest effects of an Obamacare repeal would perhaps be on adults living in Republican states, and more generally on the degree of regional inequality in insurance rates. Adults living in more Republican states have been most likely to gain insurance via Obamacare because they were previously less likely to qualify for Medicaid or to have access to state programs that provide expanded insurance access to those with a low income or a pre-existing condition. Coverage has dramatically expanded among these adults, albeit with potentially unsustainable costs for some individuals and states. The question, then, is whether the federal government will offload decisions about—and potential neglect of— healthcare coverage to states, the most resource-deprived of which are very unlikely to make additional investments in coverage.

Why the ACA is Vulnerable

The Affordable Care Act (ACA) has insured more than 20 million Americans, improved access to care, and contributed to quality improvements, including lowered hospital patient readmissions. Despite these notable accomplishments, the ACA is at risk of erosion.

The ACA’s political vulnerability reflects not only the 2016 election results but also the impact of several factors that have undercut the reform’s entrenchment. First, while both the Social Security Act of 1935 and the Medicare Act of 1965 had some bipartisan support, the ACA was passed on a party-line vote. Republicans strongly opposed the ACA's enactment. They stayed united and kept the conflict going, voting for repeal dozens of times. Second, while the public likes certain parts of the ACA, such as the provision allowing children to stay on their parents’ health plans until age 26, Obamacare is not perceived as a broad middle-class entitlement. The subsidies and taxes contained in the ACA have boosted the incomes of the bottom one-fifth of the income distribution, but the law has done less for other groups.  Middle-class workers are struggling to pay rising deductibles at a time when they have seen their wages stagnate or decline. Many blame the ACA for not addressing their concerns. The ACA has also failed to build a constituency. The ACA’s beneficiaries are poorly organized, politically marginalized, and diffuse, making it hard to mobilize support. Finally, the law's implementation has been rocky, from the initial website rollout to the recent struggles of the exchanges. It is normal for major laws to be tweaked over time, but partisan polarization has prevented mid-course corrections.

Yet if the ACA is at risk, it won’t be easy for Republicans to unwind it. Millions of Americans have gained coverage under the law. They will notice if their benefits are cut. Powerful stakeholders including hospitals and insurers as well as Medicaid expansion states also stand to lose a great deal if federal payments are withdrawn. Any replacement plan needs to work, as judged by credible experts. There is no easy way to keep the popular parts of the ACA while jettisoning the unpopular parts. Repealing the subsidies and mandate penalties contained in the ACA while retaining the ban on the exclusion of preexisting conditions and other reforms could cause insurers to leave the marketplace.

Despite these challenges, it seems likely that President Donald Trump and the GOP congressional majority will push ahead. But big questions remain to be answered. What will the GOP replacement plan look like? How comprehensive, costly, and redistributive will its subsidies be? Will the plan be used as a vehicle to enact sweeping changes to the Medicare program (which were not discussed during the election campaign)? Will Medicaid be transformed into block grants? And will it attract the support of some Democratic lawmakers to grant the new healthcare law the bipartisan legitimacy that the ACA lacked from the start? Answers to the questions will shape American politics and society for decades to come.

The Threat to Women’s Health Care

Many of the discussions around the promise to repeal Obamacare by President-elect Trump have revolved around retaining aspects related to pre-existing conditions and keeping children on their parent’s insurance until age 26. Less discussion has focused on maintaining provisions related to providing access to birth control for women; this aspect of Obamacare became contentious when some health care providers, led by Catholic hospitals, objected to this element of coverage on religious grounds. Various republicans have refused to specify whether this provision of health care is likely to continue under any new Republican plan. Indeed, when asked by CNN’s Jake Tapper about contraceptive care, Speaker Paul Ryan refused to “get into the nitty gritty” of the plan. Yet, as Secretary of Health and Human Services Sylvia Burwell said today on NPR, birth control is not exactly nitty gritty for most American women of reproductive age; rather, it remains a front and center concern, critical for women who wish to remain in school or need to work in order to support themselves and their families. This issue becomes particularly pointed in light of the fact that the United States remains one of only 3 countries in the world that does not provide paid maternity leave for mothers.

American women have reason to be particularly concerned about increased restrictions in contraceptive care for several additional important reasons. First, Vice-President Mike Pence prevailed over unprecedented restrictions in access to birth control and abortion rights as Governor of Indiana, indicating a concerning record of restrictive behavior regarding women’s health care. Second, if Donald Trump has the opportunity to fill two more seats on the Supreme Court, which is possible given that one seat remains currently empty, he has pledged to place pro-life judges on the highest bench. This raises the concern that Roe vs. Wade may be over-turned, making it more difficult for women who cannot obtain birth control to have access to abortion. Abortion can only be made rare when women have affordable access to contraception. And last, and perhaps most importantly, this pattern of restricting access to women’s health care appears simply part and parcel of a larger attitude and approach to women that is both patronizing and controlling. Women do not become pregnant on their own, but they are often left completely responsible for the consequences of unintended pregnancies. Let’s see if access to Viagra is similarly restricted in the new republican plan. To the extent that men in government try to restrict access to birth control and other forms of women’s health care such as funding for Planned Parenthood, whose primary work revolves around cancer screening and treatment for sexually transmitted diseases and not abortion as is often charged, men and women both suffer, because men get sexually transmitted diseases too and are affected if their family member and partners get cancer or die from reproductive complications.

Women are not children who need to be taken care of my men who think they know better about women’s bodies, even when most know painfully little about the nature of female reproductive anatomy.