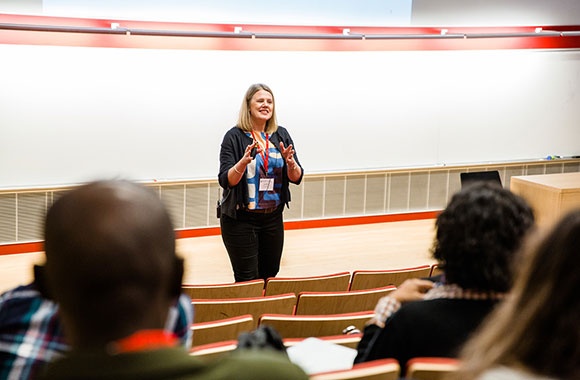 “The conditions that create vulnerability to disasters [include] global inequalities, unfair terms of trade, denial of human rights, concentration of people and resources in harm’s way, and environmentally destructive development.”

There’s a real danger in seeing natural disasters as purely national phenomena … as acts of God, warned, a senior lecturer in the Department of Geography and Planning, Macquarie University, in Sydney, Australia. “The conditions that create vulnerability to disasters [include] global inequalities, unfair terms of trade, denial of human rights, concentration of people and resources in harm’s way, and environmentally destructive development,” Miller told scholars from the Climate Change and Humanitarian and Post-Conflict institutes on Friday, at the Brown International Advanced Research Institutes (BIARI), the Watson Institute’s annual global conference.

While disaster-related deaths overall are declining, disasters related to climate change are increasing, as are their financial losses and the number of individuals affected, she said. “It’s a highly [inequitable] world… a cyclone in Bangladesh has more impact on loss of life than one experienced here in America. Sites of displacement reflect the injustice and double inequity of climate change: Those with the least resources and the least contributions to the problem [of climate change] are most affected by it – the Pacific Islands, South Asia, and Southeast Asia.”

The projections of environmental-related disaster displacements by 2050 are problematic, said Miller, and vary widely – from 50 million to 200 million people. However, between 2008 and 2013, 165 million people actually were displaced due to environmental disasters.

“Miller’s emerging work … has been focused on the Mekong Delta in Vietnam,” said Siri Veland, assistant professor of environmental studies (research) at the Institute at Brown for Environment and Society, who lauds Miller for asking critically important questions: ‘How do we incorporate peace-building and long-term resilience among societies in response to climate change?’ 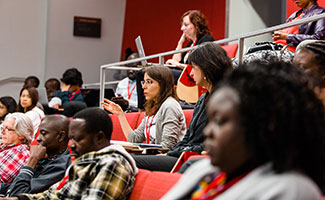 The terms we use to discuss the problems climate-change impacted populations are critically important. “When we talk about people as vulnerable, they become victims,” said Veland, a co-convener of Climate Change and its Impacts 2016: Connecting Local Variability and Knowledge in a Global System during BIARI. While many talk about limitations and possibilities in the context of vulnerability, “she talks about resilience to climate change” and how climate change plays into humanitarian relief efforts.

Development, humanitarian relief and climate change may all drive forced resettlements of communities. The huge risks of joblessness, debt, homelessness, food insecurity, education losses, marginalization, social disintegration, increased mortality, and loss of common property arising from resettlement underlines the complexity of resettlement as a strategy to reduce climate change’s impact, Miller explained. “People would [prefer to] live with episodic risk, rather than starting again in an unfamiliar place.… Whose decision controls when to resettle, how to resettle, and who to resettle?”

Given the large number of disasters and resettlements, most notably in South Asia, Southeast Asia and the Pacific Islands, we can draw on those past experiences to anticipate and respond more effectively to emerging problems, said Miller, who encouraged attendees to reflect on resettlement experiences in their own countries. Fortunately, some emerging guiding principles are gaining broad-based support, such as the importance of respecting international conventions and humanitarian laws pertaining to the rights of the displaced, the importance of having communities participate in or drive decision-making processes and improving, not merely maintaining, the livelihoods of resettled individuals. With some very innovative approaches, we’re seeing the emergence of the importance of communities working together on these approaches, Miller said.

Miller’s ability to deconstruct how climate change plays into humanitarian relief efforts sets her apart, Veland said. Miller’s publications, presentations, and research on the social and equity dimensions of environmental change, most notably in Vietnam, Cambodia, and Australia, have contributed significantly to the growing body of knowledge addressing the inter-related issues of humanitarian relief, development, and climate change adaptation.