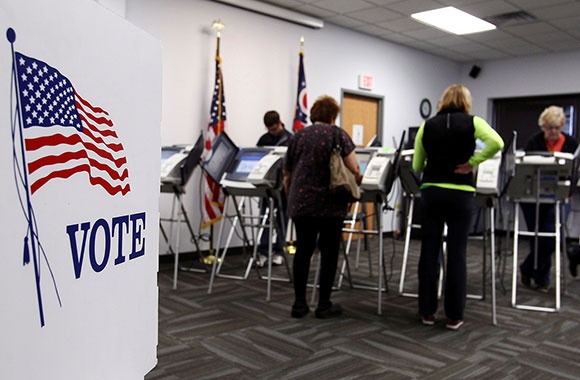 People care about sex. Despite global crises such as Syria and the rise of Daesh, hundreds of thousands of refugees pouring into Europe, increased hostility in the US- Russia relationship, the threat posed by a nuclear North Korea, and serious domestic issues, today’s news is consumed by issues surrounding sex (like Trump's inappropriate sexual behavior). But why do such matters hold so much importance for people?

A new study co-authored by Rose McDermott, David and Marianna Fisher University Professor of International Relations at Brown University’s Watson Institute, Peter K. Hatemi, Distinguished Professor of Political Science at Pennsylvania State University, and Charles Crabtree, a graduate student at of the University of Michigan, suggests that the reason is more than mere prurient, salacious interest. Published in the journal Personality and Individual Differences, “The relationship between sexual preferences and political orientations: Do positions in the bedroom affect positions in the ballot box?” found that the public’s sexual behaviors align systematically with their political values.

The trio suggests that social conservatives tend to be happy with one or two sexual positions and with fewer partners, while social liberals are more adventurous, trying many different types of sex with more people, yet remain less satisfied with their sex life.

The researchers undertook the study to shed light on the relationship between personal sexual conduct and political orientations, something that has rarely been explored, despite the prevalence of contentious sex-related issues in public political discourse. “Pundits often decry the public's obsession with sex over substance without realizing that sex is substance,” the scholars write. “Electoral campaigns orchestrated around sexual topics are not organized solely for purposes of voyeurism or entertainment, but rather align with individual self-interest. While some may claim such a strategy appeals to the lowest common denominator, it exists precisely because the interest in personal sexual experience is near universal.”

Learn more about the study in the recently published Personality and Individual Differences article.

In the News:
How Your Political Views Influence Your Sex Position Preferences (Yes, Really) - Refinery29