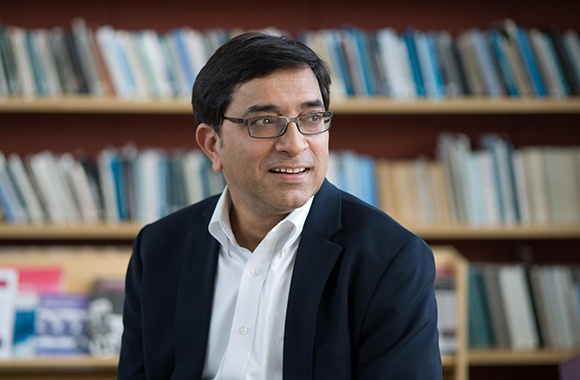 New Study Shows Weakening Violence in Indonesia Over Past Decade

Ashutosh Varshney, Director of the Center for Contemporary South Asia at the Watson Institute, recently co-authored a new study on the violence in Post-Suharto Indonesia. Published in the current edition of the Journal of East Asian Studies, we asked him to explain his findings.

AV: As the Suharto regime collapsed in May 1998, three kinds of large-scale group violence struck Indonesia: ethnic riots, including heavy anti-Chinese violence; Muslim-Christian riots; and anti-Indonesian separatist insurgencies. A serious economic crisis magnified the problem of order. Many argued that like the former Yugoslavia, Indonesia too would come apart. It did not. In terms of population, Indonesia is the fourth largest country in the world. If it had disintegrated like Yugoslavia, the world would have had to deal with a monumental problem of order and welfare.

We should add that our research is based on a new dataset that we created. Indonesia lacked comprehensive statistics on conflict. Government statistics were unusable from a scholarly perspective.

AV: Our claim is two-fold: (i) the intervention of internal security forces became more effective, preventing conflagrations; and (ii) such interventions were politically anchored in the peace agreements the government managed to broker with groups that were fighting. During the Suharto era, the police forces were under the military. After Suharto, the two were separated. It took the police forces some time to develop institutional mechanisms for effective intervention in conflict. The police now are able to prevent large-scale violence, but they appear unable or unwilling to eliminate small-scale violence.

W: Do you anticipate the state re-focusing their internal security interventions to small-scale violence because of its frequency over large-scale?

AV: We are not sure about that. Small-scale violence can spin out of control. Deeper causes of conflict need to be analyzed and addressed.

W: Why is it important to look at post-conflict violence?

AV: There are two reasons, one general, a second specific to Indonesia. The general reason is that effective security interventions, while necessary, do not deal with the deeper, underlying issues. Unless the latter are addressed, the possibility of re-escalation remains. Second, smaller-scale violence in Indonesia continues to be concentrated in areas which had large-sale violence in the 1998-2003 period. That shows that the older theaters of violence remain especially vulnerable in the country. An ecosystem of violence remains in place.

Read the entire Journal of East Asian Studies article, When Large Conflicts Subside: The Ebbs and Flows of Violence in Post-Suharto Indonesia, to learn more.