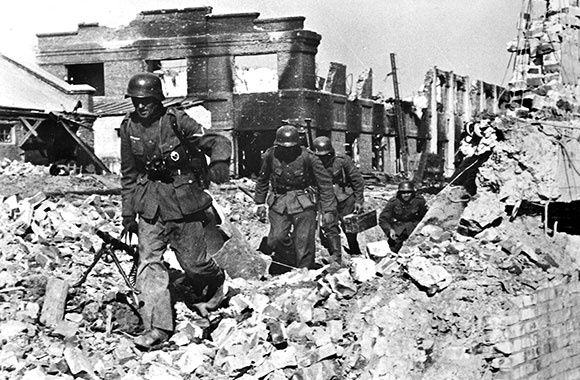 “We got the collapse of the Soviet Union wrong. What other big strategic surprises are we not seeing that are going to haunt us?"

By deconstructing past military outcomes, Rose McDermott’s book offers prescriptions for the future

“No one had ever dealt with successes, [but] the comparison is critical,” asserts McDermott, lamenting the United States’ approach to intelligence reform –  reject everything, even what works, and start anew. “If you throw everything out; you’ll perpetuate the problem. You need to evaluate and discard what doesn’t work and keep what does,” she says.

Given President Donald Trump’s harsh disparagement of the nation’s intelligence community and the Russian government’s involvement in our presidential election, McDermott calls the timing of the book’s publication “propitious.” While academicians and domestic and international intelligence officials are the intended readers, McDermott hopes that the book’s ideas will be widely debated.

McDermott and her co-author, Uri Bar-Joseph, Ph.D., of Haifa University, exhaustively researched and evaluated original source materials on three sets of strategic surprise attacks. They compared and contrasted the situations, dynamics and personalities involved with these historical attacks that led to success or failure. In contrast to other historical analyses – which attributed structural factors to intelligence failures – Intelligence Success & Failure (Oxford University Press, 2017) – examines how decision-makers choose to respond to intelligence information.

Two dyads demonstrate examples of failures followed by successes: The first was the Soviet Surprise – the German invasion, called Operation Barbarossa, of the Soviet Union in June 1941 – and Joseph Stalin’s understanding of strategic intelligence in the Battle of Moscow later that year; the second was Israel’s failure to anticipate and be ready for the 1973 Yom Kippur War followed by its strategic pivot during the war that threatened the nascent nation’s very survival.

The third dyad – one of failure upon failure – analyzed how and why U.S. political and military leaders were surprised first by North Korea’s June 1950 invasion of South Korea and again by the massive interventions in the Korean War by China in October and November, 1950.

An author or co-author of more than 100 scholarly articles and five other books, McDermott hopes this book will impart these key messages:

•  Narcissism and paranoia are the worst possible combinations in leaders; the combination is a recipe for disaster, says McDermott. Such leaders include Stalin, Director of Israeli Military Intelligence Major General Eli Zeira, and U.S. General Douglas MacArthur, all profiled in the book, and now, Trump. “It does not portend well; it doesn’t matter how good the intelligence people are, but it’s how the decision-makers choose to use the information,” she says. Although enormous pressure may force leaders to learn from their mistakes, as Stalin did, such learning occurs, if at all, only after a huge, costly loss, explains McDermott.

• The United States should rely more on good, smart spies on the ground and less on technology. Says McDermott: “We have a historical obsession with technology… the problem is that we miss a lot,” such as our nation’s delay in finding Osama bin Laden, who communicated via couriers rather than technology, and our failure to predict the Shah of Iran’s fall from power, for example.

That failure to devote sufficient resources for human intelligence deeply worries McDermott, who acknowledges the superiority of British, Israeli and Russian spies. “We got the collapse of the Soviet Union wrong,” says McDermott. “What other big strategic surprises are we not seeing that are going” to haunt us?

• We’ve not done a good job of learning from history or applying historical lessons to the future. Referencing the quote from philosopher George Santayana, “Those who cannot remember the past, are condemned to repeat it,” McDermott says, “I think he’s right. We need to do better if we’re going to survive.”

With the growing tensions between the United States and North Korea around the latter’s nuclear threats and the paranoia, narcissism and unpredictability endemic in both President Trump and Kim Jong-un, North Korea’s Supreme Leader, McDermott has one policy prescription she hopes might arise from the lessons of Intelligence Successes and Failures.

Gravely concerned by those personalities, McDermott advocates for this approach: No single individual leader should be in charge of nuclear weapons; the risk of that person acting irrationally is too high. Although that risk has always existed, McDermott believes that the decision to deploy a nuclear weapon should be made, if at all, only by a majority decision of a select cadre of the most senior military, intelligence and political officials.