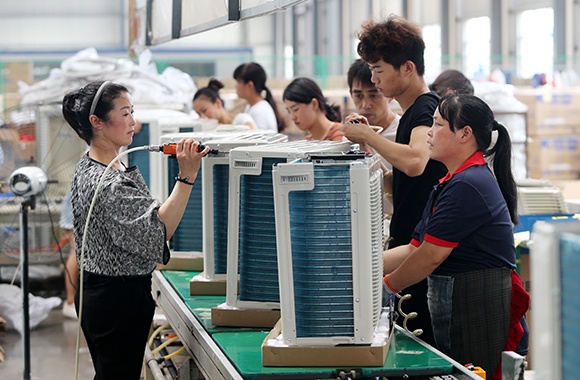 "What’s different about China in the last twenty-five years is that its rapid growth has occurred at a time when the world has become increasingly networked and globalized."

Edward Steinfeld is the Howard R. Swearer Director of the Thomas J. Watson Institute for International and Public Affairs, professor of political science, and director of the China Initiative.

Q: In addition to being seen as a cheap manufacturer of other countries’ inventions, China has long been accused of intellectual property theft. You say that’s changing. How so?

A: For a long time, China has been seen as a recipient rather than a generator of knowledge. That’s generally true for any rising economy. It was true when Germany was rising in the 19th century, for the U.S. as we moved into the 20th century, and for Japan in the 1970s. Technological borrowing, technology absorption, and reverse engineering have been what major industrializing nations, especially in their high growth phases, have always engaged in.

What’s different about China in the last twenty-five years is that its rapid growth has occurred at a time when the world has become increasingly networked and globalized. Those aren’t the same conditions under which the relatively siloed, vertically integrated conglomerates associated with America’s, Japan’s, or South Korea’s industrial rise came of age. Instead, China’s most technologically advanced companies today – social media or e-commerce firms like Alibaba and TenCent, IT and electronics firms like Huawei, drone producers like DJI, or solar PV manufacturers like JA Solar – are often much less vertically integrated and much more networked internationally.

Many of these leading Chinese firms are highly dependent on international flows of expertise, knowledge, capital, and high-end componentry. More than a few have been founded by – or have senior management teams filled with – people who have returned to China after receiving advanced degrees or even spending the bulk of their careers in the US. Many of the manufacturing firms are highly dependent on outsiders for the supply of advanced production equipment or key componentry. And all of these firms, whether in social media or large-scale manufacturing, are deeply immersed in global flows of digital information.

But the critical thing to recognize is that within these flows, Chinese technology firms are now innovating. They’re developing proprietary knowledge and proprietary forms of specialization. Sometimes that proprietary knowledge takes the forms of innovative business models that show up in apps with unprecedented functionality. TenCent’s WeChat app, and all of its related options for e-payments, is a good example. So too is DJI’s creation of a consumer market for highly sophisticated drones, or JA Solar’s ability to co-develop advanced silicon nanomaterials with Silicon Valley start-ups. New technological approaches and solutions – innovations, basically – are being generated by Chinese firms; they’re often being generated collaboratively with overseas partners; and they’re being done so in globally networked settings.

Q: What role has the government played in this change?

A: The Chinese government, which is undoubtedly authoritarian and hierarchical in many respects, still produces and adheres to five-year plans. The state outlines in broad terms what it’s going to do (occasionally with hard performance targets for certain areas), and, more often than not, it does it. Years ago, it outlined that it was going to build a vast national transportation infrastructure, including the largest high-speed rail network in the world, and what now rank as several of the world’s largest municipal subway systems. And the state delivered. Similarly, the state declared it would rapidly expand the deployment of renewable energy. And it has done it. It’s now pushing the electrification of cars, with an additional emphasis on autonomous capabilities. It’s a safe bet it’s going to do that. That’s not to say that this is an ideal or even admirable system. Rather, it’s simply to say that with respect to physical technology deployment, the state has delivered. In doing so, it has positioned China as a major global market for technology, and also a major global locus for technology innovation.

Q: How is that sort of openness changing under Xi Jinping?

A: I think up until about five years ago [when Xi Jinping assumed office], the trend politically and socially, while not liberal per se, seemed to be headed toward liberalization—that is, leaning directionally toward a state whose authority had meaningful boundaries, and a citizenry who could be understood to live the bulk of their lives free of state involvement. That showed up in the system as increased tolerance of civil society, civic associations, more diverse expression of views on social media platforms, more tolerance for labor organization, and so on. Many of these outcomes were part and parcel of the increased social connectivity – both domestically and internationally – that has been so important for Chinese technological innovation. Witnessing this during the first decade or so of the 21st century, I believed that those aspects of liberalization were headed more or less on a linear path. However, as events since the 18th Party Congress in 2012 seem to suggest, history doesn’t always unfold in linear fashion. The emphasis within China today, at least at the top, is on bolstering state authority, discouraging any form of freewheeling civil society, and expanding state control over information flows.

Q: What effect will this shift have on innovation?

A: Today in China, there is much more emphasis on nationalism, autonomy, order, and muscular foreign policy, many of the qualities we associate with varieties of ethno-nationalism that seem to be cropping up all over the world, including in North America. In China today, there are obvious new strictures on social media, and all the modern channels of digital communication that are so essential to the flow of data – including engineering, scientific, and design information – across borders. There’s much more emphasis on the power of the Party to mediate and censor information. And there’s much more emphasis on the state aspects of industrial development. Time will tell, but I believe that this will have deeply negative consequences on network-based innovation, not to mention the vitality of civic life. In a sense, China risks losing so many of the gains – some of which can honestly be termed miraculous – that have been realized in recent decades.

Q: This sounds very familiar. I recently read that the U.S. no longer leads in R&D spending. Can that be attributable to the current political climate?

A: There’s a discourse now in the U.S. about the economic and industrial threat from abroad, and about needing to do something about it. It’s a discourse of trade sanctions and borders and more generally of siloed economies. I think that we need to be cognizant of how those attitudes may be undermining entrepreneurial activity in the U.S. Again, only time will tell, but the reality is that there are many commercial players in the U.S., particularly in the technology sector, who have thrived through many of the same networks that have facilitated Chinese innovation.

Of course, the reality too is that in the very same context, gross inequalities have emerged within a number of societies, including both the U.S. and China. Important swaths of the population have been deprived of the fruits of growth at the very same time they feel deprived of the dignity of work, and deprived of the power to influence their society’s development. Whether in China, the U.S., Western Europe or anywhere else, that’s not a great recipe for either continued technological innovation or well-ordered societies more generally.