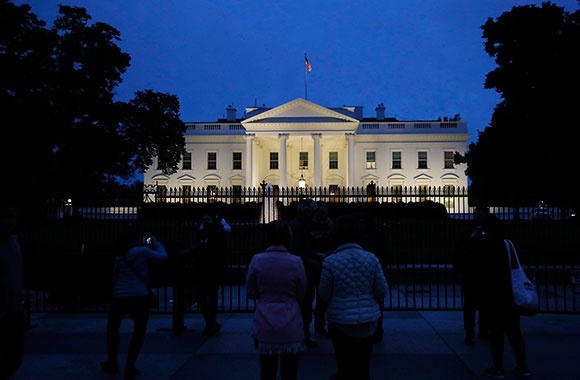 "Partisanship is at full boil – in every district we surveyed. And Americans are expressing distress, even in unlikely places."

James A. Morone, director of the A. Alfred Taubman Center for American Politics and Policy

It’s Not What You Think!

7 Surprising Takeaways from a Deep Dive into American Places

With American politics roiling from the Trump presidency, the Taubman Center for American Politics and Policy at Brown University’s Watson Institute took a deep dive into five very different communities. We surveyed two counties that voted for Barack Obama in 2012 and for Trump in 2016 (working class Rhode Island and rural North/South Carolina borderlands); an upper middle class exurb that went from Romney to Clinton (Chester County, PA); and two other districts that remained loyal to either the Democrats (wealthy Colorado suburb) or the Republicans (rural Iowa) across both elections. What we found held surprises and challenges no matter where you stand on the political spectrum.

1. President Trump holds steady – for the most part. Watch the news and you might think the Trump administration has been rocked by chaos. But his supporters are holding steady. He has not gained many believers, but he has not bled many either. In three of the five counties we surveyed, Trumps approval rating reflects the vote he got in the November election. But there were two big exceptions. In rural Iowa, which votes consistently Republican, Trump won 68% of the vote in November and has an approval rating of 47% -- a difference of 21 points. That’s the biggest flip in the survey. On the other hand, a Pennsylvania swing district of the upper middle class exurbs gave Trump just 42.5% at the ballot box but has his approval rating up to 49%. If you were a Trump advisor how would this all add up? Not “great” – presidents typically build on their vote during the early period in office; but it’s not bad either. If you think President Trump is in deep trouble then you’re living in a blue bubble.

2. Serious headwinds for Republicans in Congress. The party in the White House historically loses steam in down ballot races – the president’s party has lost House or Senate seats 20 out of 24 times in the last 40 years. Our results suggest that the effect is looking especially intense.

Republicans Congressional candidates generally ran ahead of Trump -- but our poll shows Trump more popular than generic Republicans in in all five districts that we polled.

When asked if they would support a Republican or a Democratic candidate for Congress, Republican results came in below Trump’s approval rating across the board. Generic Republicans trail Democrats in the working class suburbs of Rhode Island and wealthy blue suburbs in Colorado. Even where Republicans are traditionally strong, like rural Iowa and the North Carolina- South Carolina border, the Republicans still lead, but the support for them is way down from November – they do not break 50% anywhere. Our results suggest that the strong Democratic showings in special Congressional elections in Kansas and Georgia are no fluke. Republicans face headwinds across the very different types of districts in our survey. Or to put it another way: The Trump brand may be just lukewarm popular but it now beats the Republican Congressional brand.

3. Partisanship rising! Partisan intensity leaps out of the poll numbers. In Chester County, Pennsylvania, an upper middle class exurb with great schools, 49% think President Trump is doing a good or excellent job. But 44% say they have personally engaged in direct opposition to President Trump by attending meetings or rallies, writing letters or donating money. In fact, even while Trump’s support holds steady, a sizeable minority in every site claim to have engaged in direct opposition – a signal of intense disapproval. Those numbers range from 40% in Chester County to 20% in the rural border between North and South Carolina. In short: Fasten your seatbelts, it is going to be a very rough political ride.

4. It’s not the issues. For the most part, respondents did not support many of the Trump administration’s signature issues. Repealing the Affordable Care Act (or Obama Care, we asked it both ways) did not poll very strongly: Respondents opposed it in Rhode Island (which voted Trump), in Colorado (voted Clinton), and in Pennsylvania (Clinton by a hair). Nowhere did repealing the ACA break over 50%. And while Clinton’s America supports abortion rights (and opposes defunding Planned Parenthood) so does much of Trump’s America – at least outside the South, which was the only site to support defunding Planned Parenthood outside the poll’s margin of error. That said, there is an intense minority ranging from 21% in wealthy, Democratic Arapahoe Country (CO) to 36% in Chester County (PA) that would shut down the government to defund Planned Parenthood. Still, reading across policy areas suggests that it is Trump the brand, not Trump’s policies that appeal to his supporters.

5. America First. One feature of the Trump administration’s agenda polled well: The temporary ban on people from selected nations. The temporary ban polled well in Rhode Island (50% for – 36% opposed), in rural Iowa (50-31) and in the rural South (55 – 24). Even upper middle class Pennsylvania exurbs narrowly supported it, 49-46). The wall with Mexico was somewhat less popular, polling well in rural areas (Iowa, North/South Carolina) but not in suburbs, wealthy neighborhoods, or exurbs (Rhode Island, Colorado and Pennsylvania respectively). And all America first policies –the ban, the wall-- were deeply unpopular in our blue Colorado County.

6. Turmoil is not where you think. We often assume that Working Class Suburbs are in the most distress. The narrative coming out of the 2016 election focused largely on the plight of Working Class Suburbs like Kent County, RI, which voted for Obama in 2012 but swung heavily for Trump in 2016. But while it’s certainly true that the white working class has experienced a long-term economic decline, people who live in the Upper Middle Class Exurb of Chester County, PA—a county that unexpectedly swung from Romney to Clinton—reflect more acute anxiety. They were the most likely to fear that a member of their family might lose a job (30% reported that fear) and also the most likely to report that someone they knew abused opioids (44%).

The opioid epidemic comes through with startling clarity in every site: From 24% in rural Iowa to 37% in suburban Rhode Island to 41% in rural North Carolina. People say they have seen the problem first hand across the nation.

7. Wiretapping and Russia are not resonating. Most people just don’t believe Trump has ties with Russia. Deep blue and wealthy Arapahoe City Colorado is the only site to believe the allegations – and that by a relatively narrow 45% to 37% majority. Likewise, the idea that Obama wiretapped Trump tower does not gain traction anywhere with only North/South Carolina leaning toward the story (41 – 39, outside our margin of error of 4%).

How does it all add up? Trump holds steady – but it’s mainly his brand, not his policies. Congressional Republicans are less popular than Trump – history appears poised to repeat itself for the out party in Congressional ballots. Partisanship is at full boil – in every district we surveyed. And Americans are expressing distress, even in unlikely places.

The poll was conducted between April 5 and April 10.

James A. Morone
John Hazen White Professor of Public Policy; Director of the A. Alfred Taubman Center for American Politics and Policy; Professor of Political Science and Urban Studies