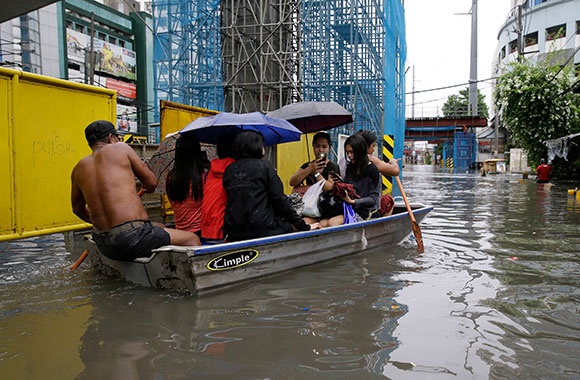 "We are bringing together scholars and practitioners to develop a better understanding of community resilience as it pertains to disaster risk reduction and management."

PROVIDENCE, R.I. [Brown University] – The Brown University International Advanced Research Institutes (BIARI) and the Humanitarian Innovation Initiative (HI2) are launching a fellowship program focused on building community resilience for natural disasters. The program will bring together early-career scholars and practitioners from the Philippines and surrounding South East Asian nations for seminars, dialogue, and training in the Philippines, October 21-27, 2018.

Due to climate change and rapid urbanization, populations around the globe are more exposed to frequent and intense natural disasters. The urgency posed by these changes has placed immense pressure on governments to prepare and rebuild following disaster. However, limited resources and slow response times in many countries has left many vulnerable communities without timely support during natural disasters, leading to the need for greater preparedness and resilience at the community level.

“Fostering community resilience in the face of natural disasters has become more relevant than ever as the risk posed by natural hazards continues to rise around the world, and especially in South East Asia. We are bringing together scholars and practitioners to develop a better understanding of community resilience as it pertains to disaster risk reduction and management,” says Adam Levine, Associate Professor of Emergency Medicine at Brown University, and the director of HI2 at Watson.

Along with Levine, 2018 BIARI Philippines will be led by Guillermo Luz, Chief Resilience Officer and Advisor of the Philippine Disaster Resilience Foundation (PDRF), Dr. Luis Maria Calingo, the 9th President of Holy Angel University, and Fred Ayala (‘82), a Managing Director and Member of the Management Committee of Ayala Corporation.

Lectures, workshops, and other activities will be grouped into sectoral themes such as Livelihood and Business Development, Housing and Settlement, and Social Services. Issues that cut across sectors, such as vulnerable groups, gender sensitivity, poverty, and the environment will also be discussed.

Participants from the conference will use their knowledge to promote a grassroots response to natural disasters, working to emphasize the significance of agency at the neighborhood-, town-, and city- levels, as well as at the individual and national level.

"BIARI Philippines follows successful BIARI Beyond Brown in Spain, Mexico, and Kenya, allowing the program to spread its influence in new regions and constituencies.  Next possible sites include BIARI in India, South Africa, and Brazil," concluded Matthew Gutmann, Professor of Anthropology and director of BIARI.