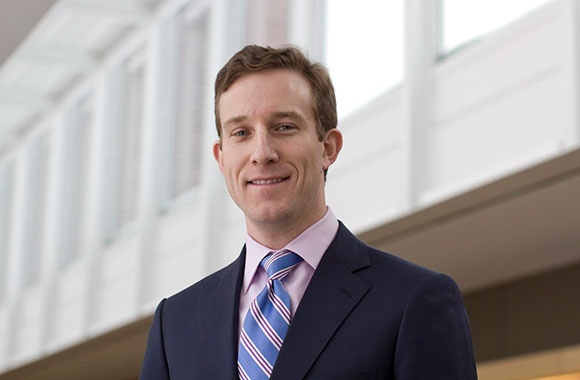 “It's not just a paper or a result...it's something that can be built on to change the way things work in the world to make people's lives better.”

The Power of Data to Improve Economic Opportunities for All Americans

When Shannon Spence entered Brown’s Master of Public Affairs (MPA) program in 2016, she was several years into a career in PR, most recently as head of public affairs at the British Consulate for New England. She was decidedly not, she says, a “data person.” She describes John Friedman’s course, Statistics and Economics for Public Policy (co-taught with Emily Oster), as “the most difficult class I've ever taken in my entire life—and also the most consequential.”

Spence, who had always worked at the intersection of civic engagement and communications, embarked on Brown’s one-year MPA program as a way of transitioning away from PR and toward communication strategy without losing career momentum. After graduating with her masters in May 2017, she worked at Microsoft (the company extended her contract after she had done her MPA consultancy there) as a civic and technology consultant. Just as her Microsoft contract ended, she got an email from fellow MPA alumna Caitlin Petruska-Mancinelli ’17.

“Caitlin said, ‘Hey, I've been working with John Friedman on this research project and we're thinking about hiring a communications director—you should apply.’ So I did, while in the back of my mind I'm thinking, ‘I don't know if I can do it.’ But here I am, and I love working with John, and I love working with the research. The qualitative and policy training I received at Brown helped me achieve my goal of pivoting from PR to more mission-drive communications,” Spence says.

The research Petruska-Mancinelli was referring to is the Opportunity Atlas, a powerful interactive tool that reveals which neighborhoods in America offer children the best opportunities for upward mobility. The tool, based on data from 20 million Americans born between 1978 and 1983, measures economic opportunity at the neighborhood level. The tool is free, and intended to inform policies that will empower families to achieve better outcomes and their children to climb the economic ladder—to realize, in other words, the “American dream.”

The Opportunity Atlas was created by the U.S. Census Bureau and Opportunity Insights, a research and policy institute formed last October by Friedman and his colleagues Raj Chetty and Nathan Hendren at Harvard. The Bill and Melinda Gates Foundation recently committed $15 million to the institute, whose data is already being used by policymakers and philanthropic organizations in Seattle, Charlotte, and Detroit. The institute has also received $15 million from the Chan Zuckerberg Initiative, $3 million from the Overdeck Family Foundation, and $3 from Bloomberg Philanthropies.

As research program manager for Opportunity Insights, Petruska-Mancinelli played integral role in the group’s strategic planning and implementation. She also supported the kick-off and partner-building with its CLIMB Research Initiative, in which higher education economists, policymakers, and a diverse set of U.S. universities work together to understand the policies and programs that most support the economic success of low-income students.

Petruska-Mancinelli says the MPA prepared her well for the work she did. “Our quantitative courses…were useful for understanding the technical elements of the research and, operationally, for building financial controls for the project,” she says. In spring 2018, Opportunity Insights hired two more newly minted Brown MPAs, Tina Chelidze and Jeremiah Prince, as policy analysts.

Petruska-Mancinelli was particularly gratified by the enthusiastic reception their work received—not only among academics and policymakers, but among the people whose very lives are being described. “It wasn't just a paper or a result,” she says, “it was something that can be built on to change the way things work in the world to make people's lives better.”

“Every day at Opportunity Insights, I work with mayors and college presidents to use rigorous data analysis to make better policy,” Friedman says. “The Brown MPA program gives students the training to work right beside me on these efforts, and that's why we have four alumni from the program on our team.” According to Spence, they hope to welcome more students from future classes.