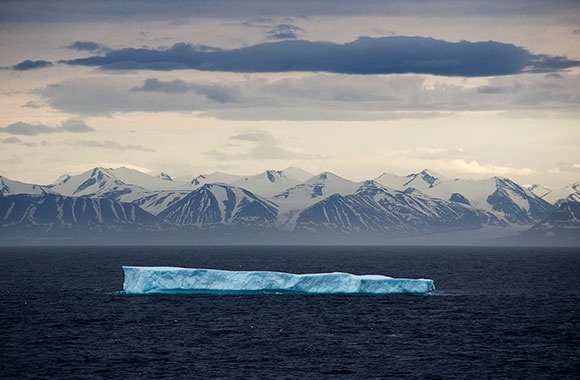 From Boulder to Bonn: Climate Change Is the #1 Crisis

Forty-five thousand acres of preserved open space. One hundred and fifty miles of trails. Sixty urban parks. It would be impossible to grow up in Boulder, Colorado, without developing a deep appreciation for the environment. Alex Barba, Master of Public Affairs candidate, is no exception.

Indeed, Barba was pursuing a degree in political science at Carleton College when she took a leave of absence to work on the 2008 Obama/Udall/Salazar federal campaigns in her home state. “Working on a campaign in Colorado will certainly open your eyes to the critical part the environment plays in our everyday lives,” she says.

But it was her first post-graduation job, managing the energy practice groups at the Washington, DC, office of the law firm Skadden Arps from 2010 until 2012, that laid the foundation of what would become Barba’s conviction that policymaking must be approached holistically. “At the time, the Department of Energy Loan Guarantee program had energy lawyers who’d traditionally worked oil and gas deals working on solar and wind financings,” she recalls. “It showed me how very possible it is for environmentalists and financiers, bankers, and businesspeople to work together to solve climate challenges.”

Barba went on to work as communications editor at The Climate Reality Project, the nonprofit founded by Al Gore in 2005, where she eventually decided to pursue an MPA. While she was accepted by a number of well-established programs, she chose Brown’s because of the quality of the “contact, attention, and energy” she received. What she didn’t know was that she would also meet environmental sociologist Timmons Roberts—and, by November, be on her way to meet with other concerned academics, scientists, and policymakers at the largest international conference on climate change in the world.

Barba was one of 12 students from Brown’s Climate and Development Lab who traveled to Bonn, Germany, to attend the 23rd Conference of the Parties, or COP23, organized by the United Nations Framework Convention on Climate Change. A think tank founded in 2010 by Roberts, Guy Edwards, a research fellow at Brown’s Institute for the Study of the Environment and Society, and David Ciplet, then a PhD student in sociology, the CDL provides members of government, civil society, and the media with original research and ideas for action on climate change.

The CDL also gives students the writing, research and social media skills they need to help shape policy. “Some students in the lab have already devoted much of their young lives to climate change,” says Roberts. “Some become the world expert on their area of research.” Alumni of the lab are currently working on environmental justice, climate adaptation finance, and environmental policies in academic institutions, government, and NGOs in the United States and beyond.

Roberts, who is Ittleson Professor of Sociology and Environmental Studies, has led CDL trips to seven COP meetings so far. He says it’s a great way for students to see the “quirks and idiosyncrasies” that affect how policy is actually made. Barba agrees. “Going to Germany significantly deepened my understanding of the UN process and the focus of various climate-concerned groups.” Climate policy affects all other policies, she says, “so the landscape is knotty and at times treacherous. But it was such a privilege to be on the ground and see seemingly disparate entities getting together to share information.”

And none too soon. Last year was particularly alarming, due to what World Meteorological Organization Secretary-General Petteri Taalas called “extraordinary weather” around the world. According to a recent opinion piece in the New York Times, this weather “caused $306 billion of damage in the United States last year, with floods, wildfires, tornadoes and, of course, three big hurricanes all contributing to the toll.”

Barba, who is doing her 12-week policy-in-action consultancy working with the Rhode Island Chief Resiliency Officer on the statewide climate resiliency plan, remains “passionate” about taking a holistic approach to policy on all levels. “You can't talk about climate policy solutions without talking about transportation policy, social inequality, health policy, and, of course, politics. I hope that whatever I do next, I am able to work across different agencies on all of these issues together.”

This practical, collaborative approach might seem to belie the urgency Barba feels about climate change, but she argues that caring about climate is the key to something much larger. “Voters and policymakers alike need to understand that it’s not just the environmentalists who care about polar bears who should be worried about this issue,” she says. “Humanity is at risk. We are reaching a point of no return. But if we make changes now to avoid the worst effects of ongoing climate change, we can literally save the world.”