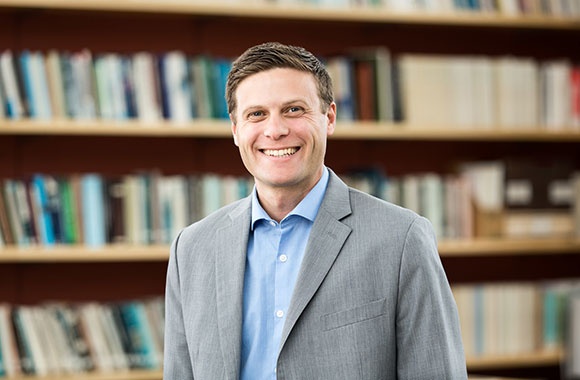 A game-changer in the fight against Ebola

Dr. Adam Levine, an emergency physician and leader of the Center for Human Rights and Humanitarian Studies, played a key role on a clinical trial evaluating promising new treatments for Ebola virus disease.

Over the last decade, a series of Ebola outbreaks have affected significant numbers of patients, often fatally, and particularly in sub-Saharan Africa. Just 15 months after the latest major outbreak began in the Democratic Republic of Congo (DRC), approximately 3,300 cases and 2,200 deaths have been reported — a case fatality ratio of about 67 percent.

The results are positive, the researchers say. The investigational therapeutics mAb114 and REGN-EB3 offer patients a greater chance of surviving the disease compared to two other treatments. And with early diagnosis and treatment, they are associated with increased survival among patients.

The clinical trial, known as PALM — short for “Pamoja Tulinde Maisha,” a Kiswahili phrase that translates to “together save lives” — was organized by an international research consortium coordinated by the World Health Organization. It is led and funded by the DRC’s National Institute for Biomedical Research and Ministry of Health, and the National Institute of Allergy and Infectious Diseases (NIAID), part of the U.S. National Institutes of Health.

As associate professor of emergency medicine at Brown’s Warren Alpert Medical School, Dr. Adam Levine directs the Center for Human Rights and Humanitarian Studies at the Watson Institute for International and Public Affairs. He serves also as primary investigator for the International Medical Corps’ Global Emergency Response and Recovery Project.

An author on the new study and an emergency physician who has treated patients on the ground in a wide variety of humanitarian crises across the globe, Levine shared his thoughts on what he calls a game-changer for treating Ebola virus disease.

Q: Can you describe your role in the response to recent Ebola outbreaks both on the ground and as a leader on this study?

From 2014 to 2015, I responded with International Medical Corps (IMC) to the Ebola outbreak in West Africa, helping to launch and manage the organization’s first Ebola Treatment Center in Liberia. Afterward, I led the Ebola Research Team for IMC in West Africa, which produced over a dozen research articles on the epidemiology, diagnosis and management of Ebola virus disease (EVD).

During the current outbreak in the DRC, I am serving as the lead for IMC for the PALM Trial, a collaboration of international and local academic and humanitarian organizations led by the U.S. National Institutes of Health (NIH) and the DRC National Institute of Biomedical Research (INRB). In this role, I have served as a go-between or translator, if you like, helping IMC to implement the complex research protocol while adhering to strict international ethical guidelines — and helping the NIH to understand the operational challenges of working in a resource-limited, unstable setting.

Q: What did this clinical trial seek to determine? What have the results shown?

The results are incredibly exciting. Ebola virus disease has a very high mortality rate: two-thirds of patients who were infected in this outbreak and didn't have access to treatment may have died from the disease. In this trial, two different drugs were shown to reduce that mortality to below one-third; for patients who got into care early, mortality was reduced to as low as 10 to 15 percent. That’s a game-changer in the fight against Ebola.

The study also includes observation data that support an earlier randomized controlled trial showing that the Ebola vaccine is effective not just in preventing new cases of the disease, but in reducing death from the disease.

But even more broadly, this research is the first to show that you can carry out a high-quality randomized controlled trial in the middle of an epidemic in the middle of a war zone. A lot of emerging infectious diseases only arise in large numbers in unstable settings — for example, where the health care system is broken down, where there’s mass poverty and malnutrition, or where there’s conflict. These are also the settings where it’s hardest to study these diseases. This study shows that that for future emerging infectious diseases, we can carry out research in very difficult humanitarian contexts that will reduce morbidity and mortality for some of the most vulnerable people in the world.

Q: Is it fair to call this a cure for Ebola virus disease?

The lay public thinks of “cure” as meaning zero mortality. But in fact, no medicines or treatments for any disease are 100 percent effective. Even antibiotics for pneumonia will not work 100 percent of the time. In modern medicine, physicians and health care practitioners tend to talk about treatments rather than cure. It’s a spectrum. Thus, for any disease, it's really a relative question: How much does this treatment improve care? For a disease that had 66 percent mortality that can now be decreased to as low as 10 or 15 percent if you get this treatment early, I have no problem calling that a cure.

Of course, a cure requires infrastructure to administer the drug and education of the population. So just because we have a cure to a disease doesn’t mean the disease is over and done with. In fact, the world community needs to focus even more attention on the Ebola outbreak in the DRC now, ensuring the financial, human and material resources are there so that everyone infected with the virus can access one of these new cures before they spread the disease to their family and neighbors. If we do this, we can end the epidemic there in a matter of months.

Q: Describe the ethical considerations that halted the study early.

The study was halted as soon as the available data showed, with a very high level of statistical confidence, that patients randomized to REGN-EB3 and MAB-114 treatments had lower mortality than those randomized to ZMapp or remdesivir. Once this happened, it became unethical to continue using the less effective treatments.

Q: What are the next steps in making these drugs available to greater numbers of patients?

We need more donor funding to provide for more Ebola Treatment Centers closer to where people live so that they can get into care quickly and receive one of the two drugs, ideally within 24 hours of developing symptoms. This will not only help those patients who are infected survive, it will also reduce the likelihood of them passing the disease on to the rest of their community.

We also need to hire more community health workers on the ground to engage in screening for the disease in local communities and ensure adequate laboratory facilities to test patients for Ebola who show signs of the disease. Finally, we need to redouble our efforts to get the word out about these new cures and encourage people to seek care when they develop symptoms of Ebola. This is best done by supporting local community groups in their mobilization efforts.

Q: At Brown, you direct the Center for Human Rights and Humanitarian Studies. How is this joint effort representative of the center’s mission?

This is one of several collaborations we have that bring together international humanitarian organizations, our center and local communities. Without those three components, it's impossible to carry out research in these contexts. Only operational humanitarian organizations have the personnel, security and logistical protocols in place to be able to function in unstable settings like the Congo. We provided the technical and research expertise to IMC needed to carry out this research at their facility at Mangina, while they were able to enroll patients and conduct the study in a secure and safe way.

Throughout the course of the study, I was incredibly impressed with the consortium that the NIH and the NIBR were able to build among the local government in Congo, academic institutions and the operational humanitarian organizations on the ground. The success of the PALM study was built on collaboration.