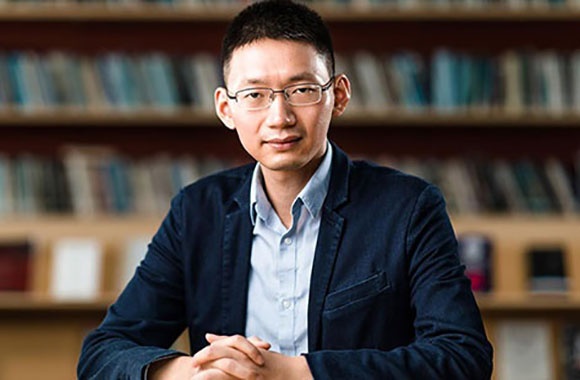 "It’s especially exciting that the Watson’s diplomats, journalists, and policy-makers offer me insights into applying my academic training in non-academic settings."

WI:  Can you elaborate on your research exploring connections between empires and revolutions?

LZ: My research revolves around two concerns. First, there is a long debate on how empires become nation-states. Many think these transitions are clear-cut, as the largest empires were replaced by independent nation-states. Others argue that the transitions zigzag; empires possess considerable resilience to block nationalism, and we see neo-imperialism everywhere in a post-colonial world. Second, since the Cold War’s end, scholars wonder why we should care about revolutions. In part, I believe, that’s because most researchers focus on revolutions’ causes and processes, yet pay little attention to revolutions’ outcomes, which most interests me.

I am currently writing a book that is a comparative analysis of the Chinese and Bolshevik Communist revolutions. I assert that revolutions – which covertly buffer the transition from empire to nation-state – matter. The idea of a nation is vague, with thousands of ways to define a nation, including territories, ethnicities, religions, political systems, etc. Also, revolutionaries, with broader ideological repertoires and less commitment to the norms of monarchy and religion, may guide a weakened empire’s transition to a flexibly-defined nation-state(s) rather than cause its disintegration.

WI: Your doctoral dissertation compares and contrasts the Bolshevik and Chinese Communist revolutions. Describe their key differences and similarities, and which do you believe was most successful?

LZ: One crucial difference limits comparison – time. The Bolshevik revolution seemed improvised; it was a crash civil war that concluded within three years after the Romanov Empire collapsed. In the 1920s, the Bolsheviks, who continued to view Russian nationalism as reactionary, opposed developing a Russian federal nation-state.

In contrast, the Chinese Communist Party’s (CCP) armed insurrection started nearly 20 years after the Qing Dynasty ended and continued as a protected war for more than two decades. After a 30-year-long process of learning, adaption, and selection, the Chinese Communists developed a nationalism compatible with Communist ideology. Given the revolution’s length, the CCP overcame distractions of political regionalism and anti-traditionalism.

These revolutions led to very different starting points of nation-building; the embrace of nationalism gave the CCP greater flexibility, as it was less restrained by Marxist-Leninist ideology.

WI: Why did you choose Watson for your postdoctoral fellowship?

LZ: The Watson’s interdisciplinary and pluralistic environment allows great freedom and learning. I gain advice from sociologists and China specialists who generously read and comment on my manuscripts. Discussions with them and other faculty who share my interests in empires, nationalism, and civil wars, deepen my reflections of what sociology is and should be. Conversations with experts from around the world give me a clearer sense of how China is – and is not - unique. It’s especially exciting that the Watson’s diplomats, journalists, and policy-makers offer me insights into applying my academic training in non-academic settings.

WI:  You’ve written about nationalism. To what do you attribute the rise of nationalist leaders, such as Jair Bolsonaro in Brazil, Recep Erdoğan in Turkey, Viktor Orbán in Hungary, and U.S. President Donald Trump?

LZ: Notions of nation and class are artificial; they involve collective imagination and elite invention, but both have real bases, too, including language, historical memory, population groups, and inequality. Pre-World War II intellectuals viewed nationalism as weak and irrational, and believed that liberalism and socialism were intellectually elegant and psychologically universal.

Now, it’s the reverse; people are abandoning globalism for nationalism. While popular opinion attributes this to the crisis of democracy and neoliberalism, I suggest an additional factor: Nationalism’s social base has strengthened greatly since World War II. Unlike liberalism and socialism, which involve intense intellectual articulation, nationalism derives its power from being an operative ideology, one rooted in language, memory, folklore, and everyday life. Nationalism extends into massive political actions only in societies with mass literacy and communication, as these conditions enable people to imagine a nation. That’s why nationalism was silent in the past; in the Russia and China of the 1920s, nationalists remained a marginal political force floating above the populations. Peasants did not understand the concept of a nation-state and nationalists had to mobilize the peasants with other programs, such as class.