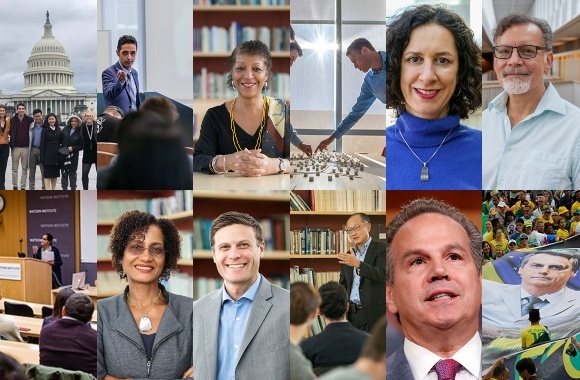 Top News from Watson Stories of 2019

Whether you missed them the first time or want to revisit them now, we countdown our most read stories this year.

10. It’s Complicated: How Women, Islam, and the State Intersect
In a book talk and on an episode of "Trending Globally," anthropologist Nadje Al-Ali discussed the intersection of politics, religion, and gender in the Middle East.

9. A game-changer in the fight against Ebola
Adam Levine, director of the Center for Human Rights and Humanitarian Studies, explained the promising results of a clinical trial evaluating promising new treatments for Ebola virus disease.

6. With Rights Under Attack in Brazil, the Brazil Initiative Convenes Students, Scholars, and Activists
Not long after Jair Bolsonaro's inauguration on January 1 as Brazil's 42nd president, the Brazil Initiative held a conference featuring activists and academics who explored Brazil's Afro-descendant/Afro-Brazilian issues, indigenous issues, and current rise in populism.