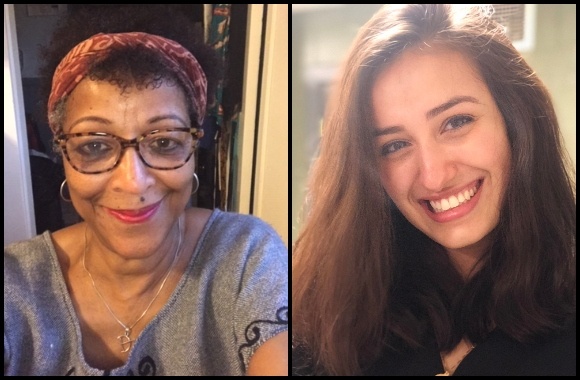 Let’s Rethink This: Deconstructing the Concept of Development

When Gerard Visiting Associate Professor of International and Public Affairs (IAPA) and Africana Studies Geri Augusto talks about diversity and inclusion in the academy, she’s not just talking about representation—that is, “having enough of this or that” kind of person. Rather, she’s talking about what she calls “epistemic diversity,” the opening up of the Academy to “other knowledge traditions, other ways of knowing, other sources of authority so that you have a plurality of knowledge and disciplines to bring to bear on any problem.”

To do that, she says, scholars must create new bibliographies, assembling a set of references, sources, and concepts from outside North American and Western European traditions. They must seek and explore resources that are not only in English, the “international language of knowledge.” And they must apply to the study of development a multi-prism lens that takes into account the interplay of gender, class, race, sexuality, and more.

To encourage this approach, for the spring semester 2020, Augusto, who is also director of Development Studies at the Watson Institute, created a departmental independent study project, or DISP. Designed as a social sciences/humanities laboratory, the course invited experimentation, with a final project that would serve as a sort of lab report. When then-sophomore Jamila Beesley ’22 met with Augusto to talk about the course, she signed up right away, and the two embarked on an intellectual partnership that culminated in Beesley’s final project, a website titled Rethinking Development’s Archive.

Beesley, who reads and writes in French and is learning Arabic, chose to focus on the Middle East because she wanted to uplift voices that diverged from the dominant narratives of violence and conflict. Inspired by anthropologist Nadje-Al-Ali’s course, Gender and Sexuality in the Middle East, which she had already taken, she chose to focus on women, and to surface texts that contradict Orientalist notions of Muslim women cowed by patriarchal societies.

“What surprised me was how much scholarship there was,” she says. “None of it is on the traditional international relations or development syllabi, and they could be if we chose for them to be.”

Over the course of the semester, Augusto and Beesley exchanged ideas and documents via Google drive. “When I say ‘independent study,’ I mean it,” Augusto says. “I don't do handholding. Instead of us having this didactic thing of her sitting in class and my telling her stuff, we actually began to have an exchange. What I sent her was never to dictate and it wasn’t to correct. It was only to suggest.”

“Professor Augusto was constantly doing her own research and reading and thinking about the topic,” Beesley says. “We shared a lot with each other about our intellectual processes. That was really fruitful.”

The website Beesley created serves as an annotated bibliography that challenges what the Western canon teaches about development, specifically in the Middle East, and shines a light on development’s historical deployment as an agenda for the purpose of achieving an ‘advanced’ state on par with the United States and Western Europe—capitalist, growth oriented, sovereign, technologically advanced. The project rejects this developed/underdeveloped binary, as well as the economic definition of development.

Rather, Beesley explores texts that offer a more social understanding of development, and “centers people and relationships to each other, land, language, art, self, and culture in creating systems of care that provide for all people equitably.” She does this through four development-related lenses, which she chose from a list of 20 and which serve as sections: gender, modernization, sovereignty, and dignity. Each section contains commentary on a variety of texts, along with links to each text. That she created a website rather than a paper was no accident, Beesley says. She wants the archive to be available to everyone.

Augusto credits Ed Steinfeld, Watson’s director, with strongly encouraging her to be creative and design an innovative course. The DISP experience has provided her with proof of concept, and she has since adapted it into a seminar for spring or summer 2021. In the seminar, students will choose their own four concepts, region, and language, examining them with an intersectional lens wherever that makes sense.

The recent launch of the IAPA concentration, along with calls on the part of students to decolonize the curriculum, provided an opportunity for change, Augusto says. And with the advent of remote learning last spring, the nature of the course, which requires independent work, is timely.

“We’re going to be teaching in very different ways, but it won’t be less-than, or Plan-B,” she says. “These ways are going to be new and exciting.”

We are pleased to offer use of digital entries and images in this website for educational and personal purposes. Under no circumstances may text or images be resold or redistributed for compensation of any kind without prior written permission from the Author.

All rights are reserved to Jamila Beesley.