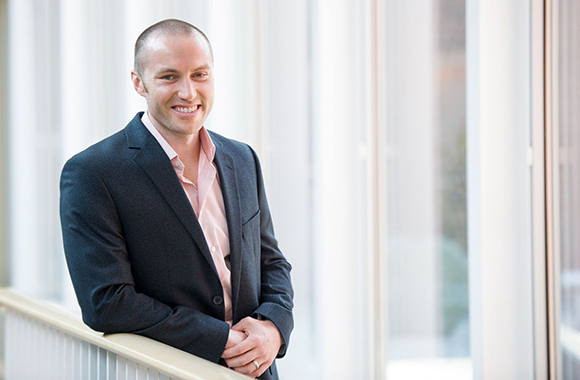 People were less politically polarized after taking part in workshops modeled on the principles of couples therapy, showed a study conducted by a political scientist at Brown, the nonprofit Braver Angels and other researchers.

Experts know political polarization in the United States is a problem. What they don’t know, according to Rob Blair, is what to do about it.

Thanks to countless recent surveys and studies, it is now a widely accepted fact that the ideological chasm between Republicans and Democrats today has grown larger than at any other time in American history, save for the post-Civil War Reconstruction era. Many believe the two parties are so bitterly divided that there’s little chance for reconciliation. But two years ago, Blair, an assistant professor of political science and international and public affairs at Brown University, attended a workshop that gave him hope.

The so-called Red/Blue Workshop was hosted by Braver Angels, a non-governmental organization launched in 2016 to help Americans see each other beyond stereotypes and form community alliances. Blair said he was intrigued by the way the workshop’s facilitators guided Democrats and Republicans through exercises that encouraged introspection rather than debate, a tactic borrowed from couples therapists. Observing the exercises changed Blair’s perspective, and he wanted to know if it worked as effectively for the participants themselves.

Read the full story on News from Brown >

Read a Research Brief on the paper >