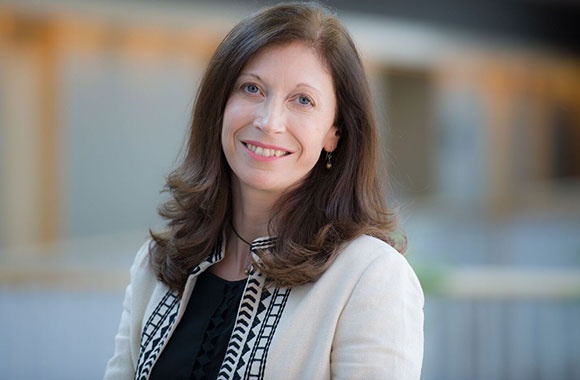 When Associate Professor of Political Science and International and Public Affairs Susan Moffitt becomes director of Watson’s Master of Public Affairs on January 1, 2022, she will be at the helm of the largest and most diverse class in the program’s six-year history.

At 109 students, the newest class is also the largest ever – the result of a 33 percent increase in applications last fall. The cohort is the most international one yet, with students from 21 countries. It also includes five MPH/MPA candidates, two students from the U.S. Military, and 14 Brown fifth-years. Among the domestic students, more than half self-identify as belonging to historically underrepresented groups.

This is an intellectually diverse group, too, with students holding degrees from 80 different institutions in a wide range of disciplines, including political science, economics, environmental studies, international relations, health professions, and education studies.

By June 7, when orientation began, nearly three quarters of the cohort had elected to take in-person courses on campus. (All students will be required to be in person in the fall and for the remainder of the program.)

Though her directorship is still six months away, Moffitt says she’s looking forward to building on the “robust” legacy of prior directors. “This program has an excellent academic backbone,” she says, “and a rigorous curriculum that comes to life through the amazing faculty it has attracted.”

She predicts the class’s diversity will greatly enrich both students’ and faculty members’ academic experience. “Bringing multiple professional identities to bear on questions can evoke a whole different set of ideas and evidence,” she says. “People will bring different ways of asking questions or even thinking about evidence.”

Given that almost half of the students have come from countries other than the United States and many of the U.S. students have global interests, Moffitt says she hopes “to continue to expand the MPA’s footprint globally in the kinds of capstone projects the students do as well as in the ways in which we draw on the global community to inform the program’s curricular offerings.”

Further, she looks forward to taking advantage of “untapped potential” by creating connections with centers across the University that are doing applied work, such as Watson’s regionally focused centers, such as the Center for Human Rights and Humanitarian Studies and the William R. Rhodes Center for International Economics and Finance, and Brown’s Annenberg Institute for School Reform.

By bringing together ideas, evidence, and analysis, Moffitt says, “the MPA program strives to help students develop the knowledge and skills they need to support the public and its wellbeing — whether in the public, private, nonprofit, or government sector.”

Eric Patashnik, outgoing MPA director (and, as of July 1, chair of the Department of Political Science), says he’s leaving the program in the hands of “a distinguished scholar of political institutions and public policy. Susan will bring an extraordinary array of talents and experiences to this role. She is a creative, collaborative, and entrepreneurial academic leader, and is deeply committed to providing MPA students the analytical and managerial tools they need to tackle the global and domestic policy challenges of the 21st century. I am certain she will use her insights and energy to take the MPA program to the next level of impact and visibility."

The world is changing fast, Moffitt says. She believes the MPA program should “provide students with ideas and skills they can transfer to lots of different places as the demands of the world evolve.” She points out that the pandemic highlighted “how important it is for us to develop more robust responses, rebuild institutions domestically and globally, ensure wellbeing and do so equitably.”