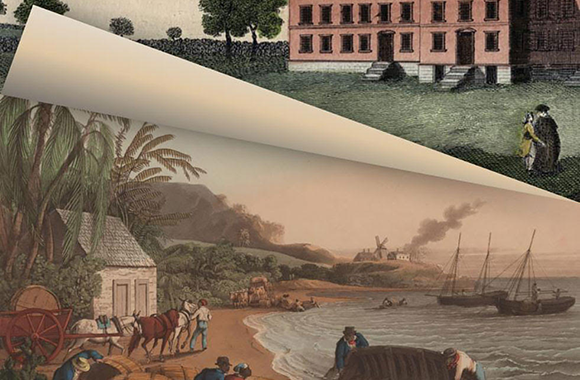 A newly created research position is designed to shed light on some of the most deeply troubling elements of human history while exploring new ways of envisioning the future. Applications are currently being reviewed for the two-year Historical Injustice and Democracy Postdoctoral Research Associate position, a joint project of the Center for the Study of Slavery and Justice (CSSJ) and the Watson Institute—just one example of the growing relationship between the two, according to Edward Steinfeld, director of the Watson Institute.

“As recent events in the United States, Great Britain, and so many other advanced industrial democracies of the West have underscored, hierarchies of domination continue to marginalize, disenfranchise, and subordinate vast portions of the citizenry, especially communities of color,” Steinfeld says.

Indeed, from colonialism in Asia, Africa, and the Caribbean to racial slavery and the dispossession of indigenous peoples in North and South America, our contemporary world has been shaped by the legacies of historical injustice, says Africana Studies professor Anthony Bogues. Understanding the implications of past wrongs is imperative to creating more democratic societies going forward.

“When a society is born in these historical injustices, what kind of political, social, and economic practices does it need to engage in to really build democracy?” he asks.

Bogues, who is also Asa Messer Professor of Humanities and Critical Theory and director of the CSSJ, is quick to point out that “building democracy” entails more than simply holding elections. It means trying to create a society based on social justice and equity.

“Democracy is about people having control over their lives, having a say in the everyday matters and decisions that guide their lives,” he says. “But the heart of a society born of historical injustice is exclusion. It’s perpetuating systems of inequality. Democracy demands that we ask questions that try to flatten what I call hierarchies of domination that emerge from historical catastrophes—that is, a set of historical wrongs that last over a long historical period.”

Taking up such questions has arguably never been more urgent in the United States, given this country’s history not only of slavery and dispossession of Native Americans but of voter suppression as well. The ideal candidate for this new position will also be interested in other countries’ historical wrongs, including apartheid, displacement, discrimination, and other forms of domination, as well as in different approaches to righting those wrongs, such as reparations and transformative justice.

“We are a center for the study of both slavery and justice,” says Bogues. “The two together are essential to the framing of this position.” Bogues hopes that in addition to teaching and pursuing her or his research, the person who holds this position will convene groundbreaking debates and discussions with scholar and practitioners with real-world experience.

Since 2015, the Watson Institute has welcomed top young scholars as part of its Postdoctoral Fellows program. Fellows are a critical part of Watson, as they bring fresh perspectives and new courses to the community.

Indeed, the new position builds on the success of another joint endeavor, the Postdoctoral Research Associate in Race and Inequality position, which Watson shares with the Center for the Study of Race and Ethnicity in America. Past associates are Jordan Camp, Yalidy Matos, Almita Miranda, and Dario Valles; Mahasan Offutt-Chaney is the current associate.

“Here in New England, we have been taught a ‘city upon a hill’ kind of history, rather than one of dispossession, wars and conquest. We need to do a new history, a new narrative – not only of the region but of America, one which foregrounds how racial slavery and Indian dispossession, not liberty, were the basis of our founding,” says Bogues. “Understanding that history of ‘unfreedom’ and how it shapes what we call ‘freedom’ will allow us to grapple with the conditions of the present.”

“Understanding and addressing profound injustices and deep failures of governance are central to the Watson mission. But the only way we can do this effectively is to work with — and learn from — brilliant colleagues and thriving centers of excellence across Brown’s campus and throughout the world,” Steinfeld says. “We feel so privileged to be able to collaborate with CSSJ on this particular postdoctoral fellowship.”