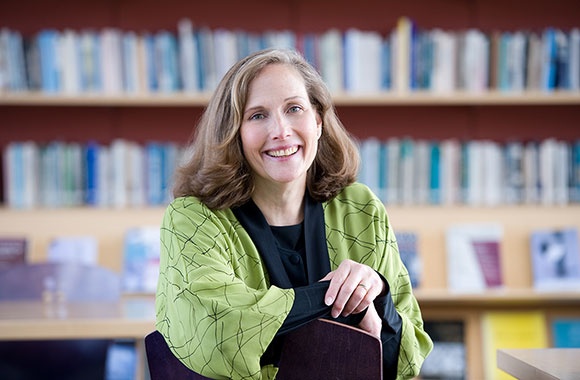 President Trump tweeted last week that Former U.S. Ambassador to the United Nations John Bolton would be taking over as National Security Adviser following the departure of H.R. McMaster. In 2007, Adjunct Professor and Iran nuclear deal expert Jo-Anne Hart joined Chris Matthews to debate Bolton about a possible U.S. invasion of Iran. With the anouncement of his new position in President Trump's cabinet, Hart reflects on their conversation and outlines why she sees his actions and ideas as "dangerous".

Q. What are your main concerns with John Bolton being named National Security Adviser?

A. I debated John Bolton because he was dangerously wrong about regime change in Iran. He remains impervious to key foreign policy lessons from US wars in the Middle East. Bolton is likely to continue his dangerous harangue on the need for the US to get the clerics out of business running Iran. His bluster and tough talk might well appeal to President Trump who tends towards bumper sticker foreign policy, but the US is in no position at all to bring about regime change in Iran.  More importantly, there is no need to even try. Iran is stable and its population is not anti-American.

Q. You've worked a lot on the Iran nuclear deal. How large of a threat is Bolton to that agreement?

A. Bolton wants to be a flame-thrower. In the White House Bolton will be a strong advocate for US withdrawal from the international nuclear weapons agreement with Iran. The international community consistently verifies Iran’s strict adherence to the nuclear agreement. The fact that this historically robust agreement is working is likely to be willfully ignored by Bolton. Even successful diplomacy appears to mean surrender for Bolton. The quip that Bolton has ‘never met a war he doesn’t want’ is extremely dangerous.

Q. Is this a partisan issue, or is there concern from the right and left?

A. Most policymakers and regional experts readily understand that US interventions since 2003 have triggered conflicts which we cannot see the end of for a generation. The US dislikes Iran’s foreign policy - its support for actors in Lebanon, Palestine, Syria, and Yemen - which are part of wider regional power contests. Both Republican and Democratic policy-makers should be advised that any conceivable attempt to overthrow Iran will only greatly escalate existing conflict. Instead of contributing to reconciliation in the region, Bolton’s flame throwing - the dangerous and unnecessary actions he is capable of advising the president to undertake against Iran - are the surest way to make the damage we have already caused to the Middle East far worse.