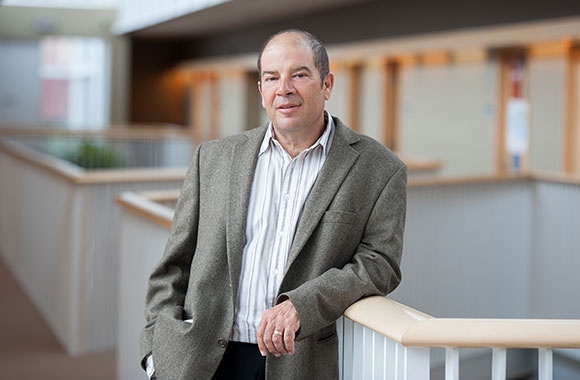 Changing the World through Active Engagement

Anthony Levitas, visiting senior fellow in international and public affairs, became director of the public policy concentration program on July 1, 2017. He talked to us about what he has learned about the program during his first year administering it, and how he would like to see the program develop going forward.

Why did you want to oversee this program?

When Director Steinfeld offered me the opportunity to direct the Undergraduate Public Policy Program, I said yes because I thought that, coming from outside academia, I could have a positive effect on the education of students who are interested in grappling with the sorts of analytical, institutional and political problems that I have been dealing with for most of my professional life. The jury is still out on this, of course. But I at least have learned a lot in over the last nine months.

What do think you have learned?

Well, first of all I’ve learned that public policy at Brown is alive and well, and this is at least as much because of the types of students it attracts as because of anything we are doing. Our students come from diverse backgrounds and obviously have different interests. But all are passionate about wanting to make the world a better place.

That said, and oversimplifying quite a bit, I would say that at the moment most PLCY concentrators fall into two broad categories: folks who want to change the world through activism and social entrepreneurship, and folks who want to change the world through the quantitative analysis of what works and what doesn’t. This is great. And I want to preserve the big tent character of the program because diversity enriches and strengthens each cohort. But I don’t want the middle to drop out, because it is still through taxes and public institutions that most policy is made, paid for, and implemented. So I want our students to have a strong foundation in comparative institutions and not only to understand how governments actually work, but to be able to think creatively about how they might be made to work better.

How many concentrators are there?

The program seems to be growing fast. In 2016, there were about 25 students in the graduating class. This year there will be more than 40. Most importantly, a record number of sophomores—42—just declared as PLCY concentrators. Given past trends, this suggest that the class of 2019-2020 will have some somewhere between 50 and 60 students graduating in public policy, an increase of between 20 and 30 percent over this year.

What do you think is attracting students to concentrate in PLCY?

In part I think it is certainly the zeitgeist. In part, it is because Bob Hackey’s Intro to Public Policy course is just amazingly successful at giving students a full tasting menu of all the moving parts involved with making and implementing policy. And in part, I think it is because for the last few years we have been lucky to have an exceptionally dedicated and active DUG.

More generally, and after reading through this year’s crop of declarations, I would say that the concentration is attracting students who are already pretty seriously engaged in campus, community, and/or political affairs, who are deeply disturbed by the state of the nation and the world at large and, most importantly, who want an interdisciplinary path to the knowledge and hard skills they think they will need to make a difference. It’s worth adding, that of this year’s sophomore declarers, 80 percent are women, 52 percent receive financial aid, and 12 percent are first generation students. A third of them plan to be Swearer Center Engaged Scholars, and a third plan to write a senior thesis.

What were your goals coming into this position? Have you met them?

I think we are still in the process of working them out. But I do want to consolidate a group of faculty members who are committed to public policy as a distinct enterprise and who are interested in deepening the program. I also want to make sure that all our students have a chance to work reasonably closely with a member of the faculty on some project that is of real interest to them. And I want to continue to enhance something that I think we already do reasonably well, meaning offering our students the chance to engage in real-world policy experiences through internships and research projects. So far we have been able to do this through our unique set of Hazen White Internship Awards, and by collaborating closely with the Swearer Center on innovative programs like Brown in Washington. And this year, in cooperation with Prof. Susan Moffitt, director of the Taubman Center, we put in place a research grant program for students working on senior theses and capstone projects. Following Susan’s lead, I am hoping that next year we will be able to fund a few projects in which professors can hire students to work on research that is of mutual interest. But I guess at the moment, I am most concerned about how to intelligently meet the challenge of the concentration’s recent surge in enrollment. All in all, it’s a nice challenge to have.