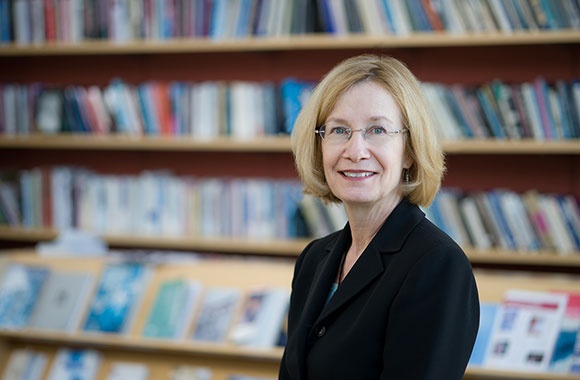 Catherine Lutz, a professor of anthropology at the Watson Institute for International and Public Affairs, co-authored the 1993 book, “Reading National Geographic,” with Jane Collins. Lutz, who talked with the Watson Institute about National Geographic’s recent apology for the racism of its earlier issues, was interviewed by the Chicago Tribune about the issue and appeared on NPR’s Morning Edition.

Q: Is this acknowledgement by National Geographic of its racist images too little, too late?

A: It’s never too late, but it is very, very late. Since the Civil Rights Movement of the 1950s and 1960s, especially, major American institutions have been confronted with how they have excluded and maltreated people of color, but National Geographic seemed to have eluded the question. So it’s been decades and decades late in coming.

It’s also too little: the magazine’s apology focuses on the colonial period and the first decade or two after World War II, when people of color from other societies were labeled as savages or treated as such, and those in U.S. society disappeared from view. I think that the magazine’s images from the post-colonial era, during the second half of the 20th century through today, still are problematic in the way they understand race, although the problem appears in a subtler way. The book I co-wrote with Jane Collins, “Reading National Geographic,” identified the magazine’s images as promoting the idea of what we called social evolutionism. The images look friendly and sunny, but they suggest that the present of people of color in Africa and Asia is, in a sense, the past of U.S. society, with that society understood as a white nation as were most or all of the magazine’s readers until relatively recently.

For example, in an image of people in a canoe crossing a river in Nigeria next to a modern bridge, there’s an assumption that they operate in a world that is deficient in relationship to a modern world, with a bridge “Western” rather than built by Nigerian engineers, and the white readers we interviewed usually made just these assumptions (with the help of captions and stories that also told the story the way photo appeared to).

Q: What do you think motivated this decision, and why now?

A: When Jane and I looked at National Geographic, we saw particular points in the magazine’s history where change occurred. In the late 1960s, for example, the pictures that had been so common in the past, such as white explorers or scientists in communities of color, suddenly became far less frequent. We reasoned that this was because the Civil Rights Movement had made white readers more anxious about racial inequality which before had seemed perfectly normal. A “happy” magazine had to just remove images like those of white Geographic staff being carried across a river by black porters or a white photographer showing a mesmerized Inuit man his camera. Later, in the 1970s and ‘80s, National Geographic began printing less happy, more “difficult” photos, sometimes depicting suffering or bloodshed in contrast to its previous more consistently cheerful view of the world. With other media outlets depicting these harder images, National Geographic’s images came to be more suspect of being partial.

I think this apology came now, as a result of the reinvigoration of the black freedom movement, the changing racial composition of the country, and the white supremacist backlash of Trumpism which has pushed more white people to take a side and a stand. I wouldn’t be surprised if the magazine felt it had to respond to that. I believe there are people in the organization itself who are committed to a more just world and believe that National Geographic can contribute to that, and that they are likely also a factor.

Q: Susan Goldberg is the first woman and first Jewish person to hold that position at the magazine. Is that significant?

A: Yes; when institutions became more diverse, individuals [such as Goldberg] bring their life experiences of racism, sexism and discrimination to bear on their work. They’re not going to continue to tell the old stories quite as readily as others did in the past.

Q: We’re living in a vastly more interconnected world now, with access to all sorts of media imagery and text. Is National Geographic still relevant; what do you hope the magazine looks like five or 10 years from now?

A: I think it’s still a very significant media outlet. It has a very wide circulation and continues to claim the relevance that comes with its self-presentation as a scientific and educational organization. In the past, it represented many white middle class readers’ wish to see themselves as open to the world, first through colonialism, then through tourism and cosmopolitanism. I think it still serves that role of implicitly telling Americans who they are in relation to the rest of the world.

Five or 10 years out, I hope the magazine has a much more diverse set of photographers, editors and board members, and that it has a focus on teaching visual literacy as much or more than focusing on content. If the magazine is one of the premier places where people encounter excellent photography, it should also be teaching people how to read photographs so they understand that a photo’s composition, color, angle of vision, and other more subtle features teach viewers without them being aware of it.  Photos are never free of ideas or values or of the power to reinforce racial ideologies a viewer has learned elsewhere. In an America and a world that is still deeply deformed by racial inequality, photographs can make that problem worse, as I think the Geographic did for decades, or it can counter it.

Catherine Lutz, a professor of anthropology at the Watson Institute for International and Public Affairs, co-authored the 1993 book, “Reading National Geographic,” with Jane Collins. Published by the University of Chicago Press, the book is widely used in college and university courses and has been a best-seller for the press.