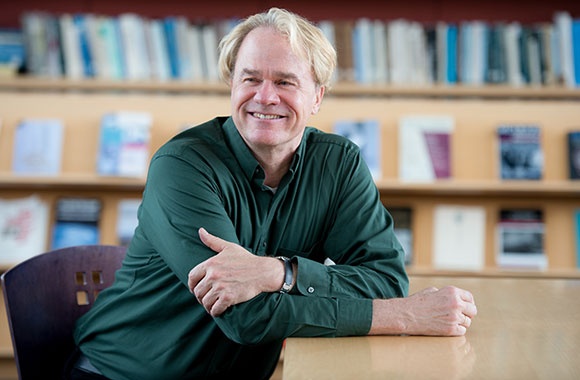 As presidential elections loom this fall, Brazil is rife with corruption and crime, attacks on university autonomy, political assassinations and poverty

Q: Why is the Brazilian population so divided?

A: Brazil is split down the middle; half the population supports initiatives adopted by former presidents Dilma Rousseff and Luiz Inácio Lula da Silva (“Lula”), and half despise them. Initiatives – ensuring domestic workers receive the same legal, social and medical benefits accorded other workers and affirmative action programs greatly expanding the number of Afro-descendants and indigenous descendants enrolling in good public universities – were intended to alleviate poverty and change structural inequalities. They challenged the status quo for large segments of Brazil’s middle class, which felt threatened.

Q: Why was Marielle Franco assassinated and what are the assassination’s implications for Brazil?

A: Historically and currently, armed forces enter poor neighborhoods and indiscriminately shoot and kill civilians caught in the cross-fire of gang battles; the military views any black youth as a potential gang member and is therefore often times assassinated. Brazilians on the center-left political spectrum condemn those actions and the military’s consistent opposition to being investigated for violating civilians’ human rights.

Marielle Franco, the Rio de Janeiro city councilwoman who was appointed to chair the city’s commission to oversee the military intervention, had spoken out strongly against the federal government’s decision to send troops to Rio. On Wednesday, March 14, she and her driver were assassinated. Although Brazil has a long tradition of assassinations of political activists, Franco’s murder sent shock waves across the country: A very public and much-loved elected figure, Franco was an Afro-descendant woman who came from a poor neighborhood. Someone – although we don’t know who yet – is sending a message to progressives and human rights activists: If you dare to challenge us, we will kill you. Hundreds of thousands of Brazilians mobilized the next day and, lacking confidence in the Brazilian judicial system, called for an international commission to investigate.

Q: Academic freedoms appear to be at risk, as well, in Brazil. Why?

A: As an individual, I am most concerned about the egregious escalation of human rights violations affecting several professors, which began when one professor at the University of Brasilia decided to teach a course, “The 2016 coup d’état,” that addresses the impeachment in 2016 of then-President Rousseff. There continues to be extensive debate on the impeachment: Was it legal and justifiable or an opportunity for Congress to depose a legally elected president based on trumped-up charges?

After the professor proposed this course, the Ministry of Education immediately started investigations to prevent him from teaching it. In solidarity, 12 other professors at universities throughout Brazil announced their intentions to teach the same topic. State governments allege that teaching an ideological course is a misuse of state funds. autonomy.

I’ve been invited to give a lecture in May at one of the affected Brazilian universities to discuss the long tradition of university autonomy or what we in the United States call academic freedom. The Ministry’s action represents a real shift to the right in Brazil and signifies a genuine possibility that Jair Bolsonaro – an avowed homophobic, racist and misogynistic former military officer who was expelled from the military – might be elected Brazil’s next president. It’s very alarming to anyone who cares about Brazil.

In 2014, when Brazil acknowledged the 50th anniversary of the military’s 1964 coup d’état, no one would dare to defend military intervention, yet Bolsanaro, now a member of Congress, openly advocates such intervention.

Q: Why is Rio de Janeiro so violent, and why do so many middle-class Brazilians support military engagement?

A: Since the 1980s, its violence stems from the international trafficking of cocaine, a highly profitable business for individuals from poor backgrounds. In communities where cocaine is transported or distributed, heavily armed gangs fight one another for control.

President Michel Temer, a member of the Brazilian Democratic Movement Party, has militarily occupied Rio de Janeiro to reinforce his position as a “tough-on-crime” politician and to deflect his government’s failure to effectively manage the bankrupt and violent State of Rio de Janeiro. While no one favors crime, Temer’s approach doesn’t solve crime, it just leads to more deaths.

It’s a tragedy that justifies the beliefs of a large middle class sector fearing dark-skinned Brazilians and favorably viewing the military’s potential return to power.  A return to a military regime, like the one that ruled Brazil from 1964 to 1985, would destroy a democracy, eliminate free speech, censor ideas, close Congress and deny political rights to duly elected officials. I can’t think of a moment when a dictatorship is better than a democracy, even a poorly functioning democracy.

This nostalgia for an imagined past is like President Donald Trump’s nostalgia for the United States of the 1950s. Implementing policies that allegedly solve ordinary people’s problems but actually benefit the wealthy is a global phenomenon – consider Trump, Turkish President Recep Erdoğan, Russian President Vladimir Putin, and Filipino President Rodrigo Duterte. While this global phenomenon must be resisted, it will take longer for resistance to take hold in Brazil, given the demoralization associated with corruption by some leftist leaders.

Q: Is there any cause for optimism?

A: Yes; after Franco was assassinated, huge demonstrations across Brazil had a great deal of international support. The European Court of Justice has discussed whether it would cease negotiating a trade agreement with Brazil, and much of the international community has denounced the assassination. Here at Brown, students recently held a memorial service to honor Franco’s commitment to and passion for social justice. There’s a resistance, but Brazil will go through a long crisis period, which makes studying the country even more interesting.