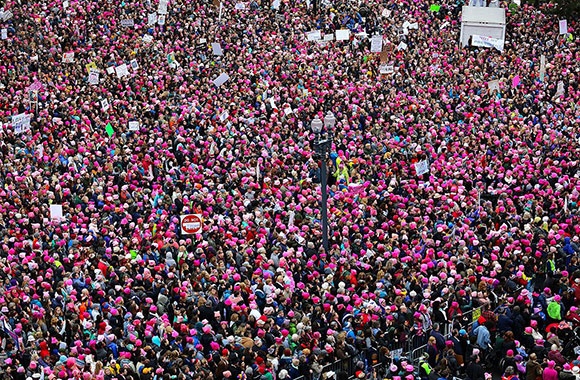 Ross Cheit, professor of political science and of international and public affairs at the Watson Institute, discusses the #MeToo movement and what it portends for the future.

Q: Other prominent men have been accused of sexual abuse. Why did the #MeToo movement catch fire now?

A: Donald Trump is part of it. The idea that someone who bragged about ‘grabbing them by the …’ [on the Access Hollywood tape] is our president had people rightly outraged. Social media is another piece. The people harmed by Hollywood mogul Harvey Weinstein, for example, have high profiles and millions of Twitter followers. Steve Bannon calls the #MeToo movement an existential threat to Trump’s presidency. He may be right. This feels like a watershed moment, a cultural shift that has powerful men feeling threatened and worried now.

Q: What’s changed since the 1980s and 1990s, the period your book, The Witch-Hunt Narrative, covers?

A: There’s an increased recognition now of the prevalence of abuse. I think there are many people who were stunned to hear about the Larry Nassar, the former Michigan State University and USA Gymnastics physician who abused hundreds of young athletes over generations, and to realize that something that widespread could be going on for years without it being openly acknowledged and addressed. The Weinstein situation had some of that quality, too.

Q: Why are people reluctant to disclose acts of known sexual abuse?

A: Judith Herman, a psychiatrist who writes extensively about trauma and recovery, argues that we go in cycles: we recognize these events happen and then we turn away because they’re so horrific.

The most shocking fact about the Nassar situation is that there wasn’t utter silence for generations. People reported information and were dismissed. Girls who talked to their parents or their coaches were shut down. Some parents instructed their daughters to apologize to Nassar.

Q: Why are adults reporting sexual abuse more credible than are children?

A: I found a standard jury instruction for rape cases that was still being used in the early 1970s; outlawed by the California Supreme Court in 1975, the exact same instruction was being used against children in a 1984 case. The precise language included the phrase “a charge that is easily made” and “the law requires you to examine with caution” the testimony of anyone making such a charge.

We’ve seen articulate adults in the last few months. Kids are never going to be that articulate. They are much easier to discredit … kids are easy targets if you don’t take developmental psychology seriously. Lacking agency, children are historically disregarded. I don’t think the #MeToo movement extends to them yet.

Q: Dozens of powerful men credibly accused of sexual misconduct have been felled through the court of public opinion. Should due process apply in these situations?

A: What arena are we talking about? In the criminal justice system, the state is potentially going to take away your liberty. There, lots of things should happen first. But, it’s a ridiculous idea that we’re not entitled to make judgments. If you’re considering firing a teacher or hiring a babysitter… you don’t need a jury or have proof beyond a reasonable doubt to decide if complaints against them support suspending or fire the teacher or not hiring the babysitter. It’s not the same as going to jail.

If you’re finding abuse that doesn’t exist, that’s an error; if you’re ignoring real abuse, that’s an error, too. The legal precept that it’s better for 10 guilty people go free than to imprison one innocent man is supposed to apply to criminal convictions, not to child abuse investigations.

Q: What did you learn from your work with sex offenders imprisoned in Rhode Island?

A: We have to be very careful not to demonize the aggressors. Except for Nassar, even those caught and convicted are going to re-enter society; we have to figure out how to treat them as human beings. I’m pro-punishment… but I’m worried that the easy out is to stigmatize and segregate them. Those are not solutions.

Q: Given widespread awareness, what’s next? Any advice for institutions?

A:  As a public policy person, I believe that the issue has to be on the agenda and considered a problem. There’s an opportunity now for that awareness to translate into something that wasn’t there before. Every institution should do some soul searching. Anyone who thinks they are magically exempt hasn’t read the memo; no one’s exempt. I think demographics come into play, too. The people most uncomfortable addressing these issues are the oldest. I don’t think the generation coming up in workplaces has those feelings.

Ross Cheit, a professor of political science and of international and public affairs, brings a unique perspective to issues of sexual abuse. An attorney, author of a ground-breaking book, The Witch-Hunt Narrative: Politics, Psychology, and the Sexual Abuse of Children, (Oxford University Press, April 2014), Cheit successfully sued the San Francisco Boys Choir in 1994 for sexual abuse that occurred at its summer camp in 1968. A member of the Rhode Island Ethics Commission since 2004, he has served as its chair since 2011.