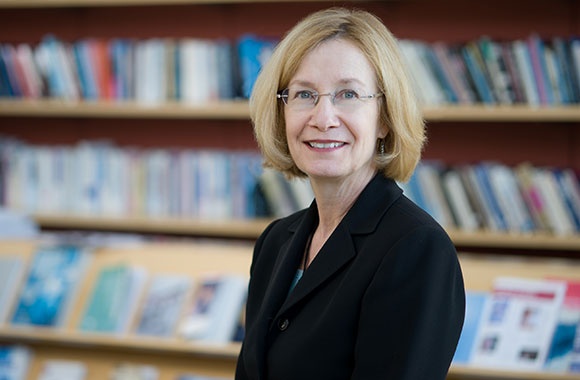 Catherine Lutz, Thomas J. Watson, Jr. Family Professor of International Studies and Brown University Professor of Anthropology, co-edited War and Health: The Medical Consequences of the War in Iraq and Afghanistan, which was published by New York University Press in November 2019, with Andrea Mazzarino, who co-founded Brown University’s Costs of War Project with Lutz and Dr. Neta Crawford of Boston University. She spoke recently with the Watson Institute to explain the focus and purpose of the book’s findings.

WI: The dedication page of War and Health, says, in part, “We hope that the story we tell pushes government one step closer to understanding the costs of war on health, and consequently, to creating more peaceful and humane public policies.” Specifically, what is your call to action to policy-makers?

CL: The call to action for policy-makers is to recognize and use this information in making rules for when and how to go to war. Right now, the Authorization for Use of Military Force (which authorizes the use of U.S. Armed Forces against those responsible for the attacks on September 11, 2001 and any "associated forces") has issued a blank check for the President to take U.S. troops to war. A lack of transparency in the budgetary process and in battlefront information, particularly on the war’s impact on civilians, represents a serious problem for citizen and congressional oversight.

To the extent that those who make war need information about the invisible effects of war, War and Health provides an assessment of the indirect impacts of wartime violence. For example, when you bomb a sewage treatment facility or damage the electrical grid, area residents face serious ramifying health problems and higher mortality rates.

WI: Your data from the wars in Afghanistan, Iraq and Pakistan estimate that 1 million individuals have died due to war’s indirect causes, more than twice the 480,00 people who died from direct war-related fatalities. Does that shock experts – and should it? What are the implications for the continued inattention to the indirect effects of war?

CL: These data do shock people who get their news from mainstream sources. U.S. wars are fought on other people’s territories, making them invisible in the U.S. but extremely visible in Iraq, Afghanistan, Yemen, the southern Philippines and elsewhere. The experts in Afghanistan and Iraq are not shocked [by these data], but it’s not made visible to us in the United States.

What are the implications for ignoring these data? More and more people will die; we can go to war in a particular place and people will continue to die of bombs and bullets but they will also suffer higher morbidity and mortality via less visible pathways of war. If the electrical grid is damaged in bombing raids, people in a very hot environment like Baghdad whose fans or air conditioning go out, often go to their rooftops to cool off or to sleep and more people have been injured or died in falls from those heights. A whole series of implications require attention to understanding – and then addressing – the problem, such as repairing the electrical grid or sewage treatment facility as promptly as possible. In Iraq today, however, the grid remains incompletely reconstructed, 16 years after the war started.

WI: War and Health provides a comprehensive analysis of these wars’ indirect health impacts – from hunger, malnutrition and forced migrations; from increased cancer rates and drug addiction to more frequent suicides and Post-Traumatic Stress Disorder by U.S. soldiers, among myriad examples. How did you work with the chapter authors? Can you briefly describe a finding that most alarmed or surprised you?

CL: The project began about three years ago; we sought out individuals who had done original research in Afghanistan, Iraq or the United States, for veterans’ issues. We asked these mostly medical anthropologists, researchers who conduct in-depth long-term field work, to write these pieces. Other individuals, including journalists, don’t necessarily see the long-term exposure to the processes that produce these health effects.

One chapter by Anila Daulatzai [a former faculty member at Brown University and the Harvard Divinity School] describes the ways in which women whose husbands or other relatives have been killed in Afghanistan cope with such losses and how they attempt to manage their households alone. There are rates of deep depression, hopelessness and addiction and, with opium and heroin cheap and widely accessible, many people self-medicate to dull the pain. Daulatzai interviewed one individual who said: “Heroin has become my brother [like my lost family member].”

WI: What are the over-arching messages that you hope War and Health drives home?

CL: We want to challenge the illusion that war can be simple, efficient and low-cost. I think that the American public, when they think of war, think of wounded and dying soldiers. Since 9/11, the United States has lost slightly more than 7,000 service members due to the wars in Iraq and Afghanistan, but that is just 1 percent of the total number of people who have died since 9/11 due to those wars. Civilians should be protected, as international law requires. Avoiding harm to community health requires understanding how damaging forced migration, loss of livelihood, and the killing and flight of medical personnel is to the health of civilians. The high rates of depression, PTSD and drug addiction in Afghanistan, for example, rivals that of soldiers.

We need to understand that the main victims of these wars are going to be civilians in those countries; some will die of bombs and bullets, but even more will die of indirect effects. If we want to understand what war does to a nation and its people, we have to look at that and think really hard about preventing war and undermining some of the myths that allow people and governments to operate on the basis of those myths.

All of these deaths are not the result of direct American action, but once a war starts, the cascading violence is one big bloody mess and we have to take responsibility for coming up with better solutions. … I believe in the power of knowledge to make a difference.