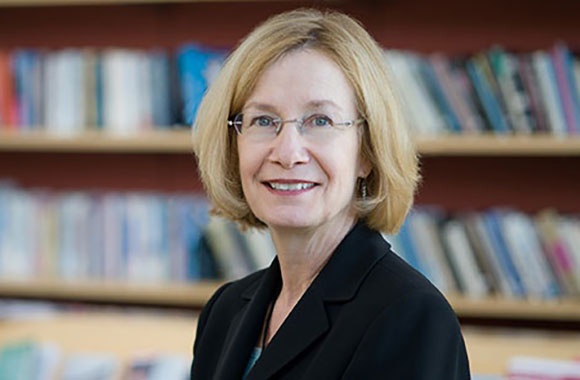 As part of a series highlighting new or evolving courses at the Watson Institute, professor of anthropology and director of the Costs of War project Cathy Lutz joined us for a Q&A session on the new course she is developing in collaboration with undergraduate student Amsel Saleem (remote from Pakistan). Titled, Costs of War, the course will be offered through Watson's new International and Public Affairs concentration, and is being developed with our campus' diversity and inclusion values, and ongoing decolonizing-the-curriculum conversations, at the forefront.

Watson Institute: What led you to create a new course focused on the costs of war at this time?

Cathy Lutz: We have had a project, Costs of War, at the Watson Institute producing research on this question for many years now and have had over a dozen undergraduate research assistants and many further requests to work with us, so we knew student interest was there. Amsel Saleem, a current student who has been working centrally with me on developing the new syllabus, is one example. One central goal of the Costs of War project has been to communicate research findings about the post-9/11 wars in an accessible way so that knowledge about the consequences of war are more widely available and understood. We began developing a Campus Initiative that puts together our findings and those of other scholars of international affairs into teaching materials and mini-modules that professors across the country can use for a range of undergraduate courses on war and other related topics.

I was interested in adding an interdisciplinary course to the range of courses on security at Brown – readings come from anthropologists, economists, political scientists, practitioners, and others -- that tried to present a view of war, not from the bunker or the situation room, but from the ground and among the people who bear the brunt of it.

WI: How are the Black Lives Matter protests, media coverage on the militarization of police in the U.S., and increased attention to economic and racial inequalities impacting the development of the course?

CL: The BLM protests have encouraged everyone, I think, to feel a better, more just world is possible, so that put wind in our sails for teaching about this topic. And those current events are entirely relevant to this course. One Costs of War paper, by Jessica Katzenstein, that was just released in September, shows how the post-9/11 wars have intensified police militarization in the U.S.; that paper will be on the syllabus. In addition, this political moment calls for a renewed emphasis on the ways the post-9/11 wars have hyperinflated U.S. military budgets, which has been an important contributor to the growth of social inequality as military budgets redistribute wealth unequally and military activity impoverishes many at the sharp end of the sword. We have numerous readings on that topic.

WI: Have you approached your syllabus differently in light of growing calls to increase diversity in terms of authors' identities, approaches and epistemologies?

CL: Yes. Traditional war studies in the US academy have been heavily weighted towards white male US and European authors and this has resulted in a very narrow sense of what questions researchers should be asking. As a result, war studies have often focused on the perspectives and decisions of the elites who make wars and the nature of the weaponry they deploy. Scholars have treated these as the primary data of war studies and often view those perspectives and decisions uncritically as matters of strategy rather than tragedy or injustice; that literature has also tended to treat security as a matter of defending the nation in the abstract and pursuing global hegemony. Diverse perspectives allow us to go beyond this usually elite view of the world to one that emphasizes human security as a broader concept and critiques imperial ambition’s role in making war. We have been trying to include many more writers from the war zones themselves as well as scholars whose perspectives are more critical. As Edward Said, the postcolonial scholar once wrote, “Courage, work, and knowledge [are needed] to dissolve words like ‘war’ and ‘peace’ into their elements, recovering what has been left out of the peace processes that have been determined by the powerful, and then placing that missing actuality back in the center of things…The best corrective, as Dr. Johnson said, is to imagine the person whom you are discussing – in this case the person on whom the bombs will fall – reading you [or your syllabus and class discussions] in your presence.”

WI: Tell us more about your work with undergraduate student Amsel Saleem on the course development. Does that collaboration bring something unique to the process?

CL: Yes, absolutely, Amsel has a wonderful academic background as a rising senior and tremendous energy that she brought to the development of the course. She made many suggestions and found a number of diverse authors to bring to the syllabus. She was working with me remotely during the pandemic from her parents’ home in Pakistan, a country itself deeply impacted by war. We WhatsApped every week or so and had very stimulating conversations about the issues the course would be covering. She constantly brought the perspective of student learners and what they need to our course planning, for which I am especially grateful.