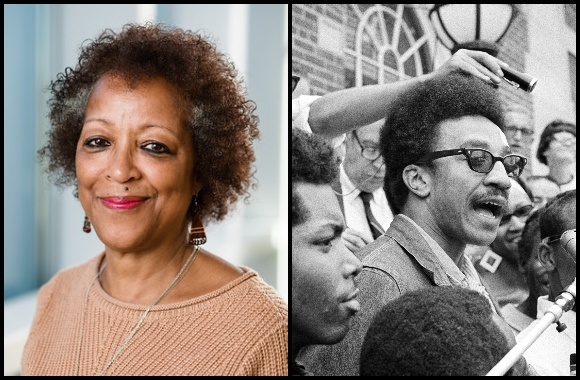 "We will be listening to and learning from each other throughout the conference—about the work being done now, as well as about the work that preceded it. Younger and older, we all agree that there is still a lot to be done!"

Formed in 1960, the Student Nonviolent Coordinating Committee (SNCC) was the nation’s the only youth-led national civil rights organization of that decade. The SNCC Legacy Project recently launched a new digital platform, which is in many ways an unprecedented resource connecting modern-day users to the mid-twentieth century Southern Civil Rights Movement. It features videos, music, stories, reports, bios, photos, interviews and panels. This week, on October 14-16, a three-day virtual conference will mark the occasion and inspire future action. (The conference was delayed a year due to COVID-19.)

Watson: What is the nature of your involvement in the conference?

Augusto: I’m a member of the SNCC Legacy Project Board—one of only three members who were not actually in SNCC!

I was raised in Dayton, Ohio, by parents who were deeply involved in the Civil Rights Movement, or as we called it, the Freedom Movement. So our house was often a stopping-over place of respite for SNCC members in their early twenties. They became, for the adolescent girl that I was at the time, a lifelong model. I’ve been working with some of the members of our Board for half a century. They don’t rest!

Over the past months, I have been doing my rather modest part in putting the conference together. I did a series of recorded interviews with SNCC members who have published books. We are calling it “Meet the Authors.” I will moderate one of the final panels, a discussion with three leading young organizers titled “Where Do We Go from Here.”

But that’s only a small part of all that will be happening this week! The complete program includes films, interviews, and concerts, and the three-day meeting itself features a truly exciting array of speakers and panelists.

Can you describe SNCC, and talk about why the 60th anniversary of its founding is especially significant? What are the goals, broadly expressed, of the conference?

Augusto: Ever since the Legacy Project was founded as one of the outcomes of the SNCC 50th anniversary at Shaw University, we’ve been working to bring the legacy—the ideas, the thinking, the practices of what was the only student-led national civil rights organization of the 1960s—to new audiences.

Here at Brown, many students who have taken Africana studies courses, including the one I co-taught on Global Black Radicalism in the ’70s, will be familiar with the trailblazing Freedom Summer of 1964 that SNCC organized in Mississippi, and the grassroots-led Freedom Parties in Mississippi and Alabama that challenged the national political establishment in the 1960s by stripping bare its tacit collusion with segregationists who continued to disenfranchise Black people across the South.

SNCC was at the center of these and many other activities and campaigns for the right to vote, and for economic and human rights. So we have endeavored over the past decade to tell SNCC’s story, to diverse audiences, from the inside out. We created a SNCC Digital Gateway that is now widely used by teachers, researchers, community activist-scholars, students at multiple levels of schooling, and even a growing international public eager for the kind of inside-out and bottom-up story we have been telling.

We’ve also created another platform, called Black Chronicles, which relates the history of civil rights and African liberation movement solidarity work in Washington, DC. We work closely with a core of university professors, Movement veterans, and high school teachers across the country to create learning materials and pedagogies that teach Civil Rights Movement history, and other difficult histories, in a deeper way.

We see all this as passing on a Black organizing tradition, brought to life generation after generation, by people like Ms. Ella Baker, Ms. Fannie Lou Hamer, the late Congressmen John Lewis and Julian Bond, as well as Bob Moses, Anzie Moore, Glora Richardson, Willie Ricks, Charlie Cobb, Judy Richardson, Dottie Zellner… I could go on but I would need a day to recite the names! Some are nationally and internationally known, while others are locally rooted and often still embedded in local struggles for freedom and dignity.

I think the most significant thing about this conference is its multi-generational character. The year 2020, when the 60th anniversary was supposed to have happened, brought home to many people, with stark clarity, that social inequalities are still a virus on the nation, exacerbated by the COVID-19 pandemic. Last year also made clear that police violence against Black and brown youth was a feature of persistent structural racism, and that climate change was interacting with social inequality to produce environmental injustice.

These are issues engaging many young people today, and the SNCC Legacy Project has been listening to and talking with them about those issues. There is a reason why this type of dialogue is super- important: SNCC itself was shaped by the organizing tradition and informational wealth passed on to it by Movement veterans of the 1930s, ’40s and ’50s—mostly but not all Black; by the legal battles fought by the NAACP; by the non-violent campaigns of Martin Luther King, Jr.; and by the sit-ins and Freedom Rides initiated by the Congress of Racial Equality (CORE).

SNCC was also shaped by Black poets’, musicians’, and authors’ capacity, throughout the ’60s and early ’70s, to manifest creatively all the ways that Black Lives Matter. We designed the SNCC 60th Anniversary Conference to continue the engagement of different generations with each other. We want to share SNCC’s legacy with those who are in the forefront today in the long fight to end racial and gender discrimination and economic exploitation. That conversation is also bringing up issues that we barely imagined, or just didn’t talk much about, or that did not yet exist in the 1960s and ’70s.

We will be listening to and learning from each other throughout the conference—about the work being done now, as well as about the work that preceded it. Younger and older, we all agree that there is still a lot to be done!

Some components are open to only registered participants. Others are open to the general public. Learn more and register for the October 14-16 conference.