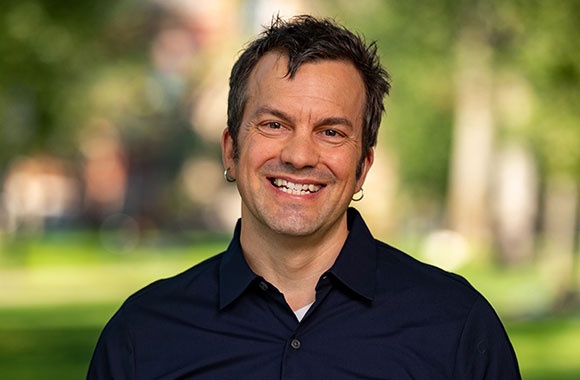 Jeremy Lehnen serves as director of the Brazil Initiative at the Watson Institute and associate director of the Center for Language Studies at Brown University. He is a senior lecturer in language studies at Brown, executive editor of the Journal of Lusophone Studies, and vice president of the American Portuguese Studies Association. Lehnen, whose research addresses questions of gender and sexuality in contemporary Latin American cinema and literature, received his Ph.D. from the University of New Mexico in Latin American studies.

I’m very invested in the promotion of Spanish and Portuguese languages and Latin American culture, particularly understanding how arts and culture are entwined with politics and society. My formation and research are interdisciplinary and, as such, my work considers how film, literature, visual arts, and culture more generally interface with and engage social and political questions. Since its inception, the Brazil Initiative has strived to make Brown the best university outside of Brazil for the study of Brazil. This remains the Initiative’s goal. To accomplish this mission, the Initiative has foregrounded an interdisciplinary approach to Brazilian Studies on campus that strongly focuses on social justice questions. The Brazil Initiative brings together both the social sciences and the humanities. The social sciences provide an understanding of social justice – or its deficits – through data-driven analysis. In contrast, the humanities look at issues of social justice through the lens of creativity, focusing on how artists, writers, filmmakers, and activists engage questions of social justice to promote societal change.

I think the Brazil Initiative, by focusing on collaboration with various departments and schools, serves as a hub for Brazilian studies on campus. Its main goal is to spark dialogue and discussion about Brazil and among researchers, including faculty, students, scholars, and researchers here at Brown and from around the world – who may not normally be in conversation with one another because they have different disciplinary backgrounds or they do not always share the same institutional spaces.

WI: Presidential elections in Brazil will be held in October, with former President Luiz Inácio “Lula” da Silva challenging incumbent President Jair Bolsonaro. What topics can we expect to be addressed in events hosted this year by the Brazil Initiative?

Last year, we began hosting the Bate-Papo Politico speaker series. This series of chats bring scholars from multiple disciplines to informally discuss contemporary politics in Brazil through the lens of their respective field. Our discussions have ranged from Indigenous artivism in the face of environmental degradation and neocolonialism to racism, sexism, and homophobia in the Brazilian context, among other topics. This is a particularly important moment to engage with these questions since, as you have noted, Brazil is facing an important election cycle this year.

WI: Tell us a bit about your upcoming research; what courses will you teach this year?

Since I finished my book, Neo-Authoritarian Masculinity in Brazilian Crime Film (2022, University Press of Florida), I have been researching horror films in Latin America, and how this corpus addresses questions of gender, sexuality, and social justice. These films can be very gut-wrenching; they’re not easy to watch. That said, they also lay bare how society controls and dominates the bodies of specific groups and individuals. I compare and contrast two sets of films to understand the underlying tension between works that advance a forward looking, progressive social justice agenda and others that promote a more regressive, conservative view of gender and sexuality. I believe that both types of films reflect and address contemporary social and political issues such as the rise of right-wing extremism and the toxic masculinity associated with that viewpoint.

This fall, I’ll be teaching a course on contemporary Latin American film in the Hispanic Studies Department and, in the spring, I will teach in Portuguese and Brazilian Studies.