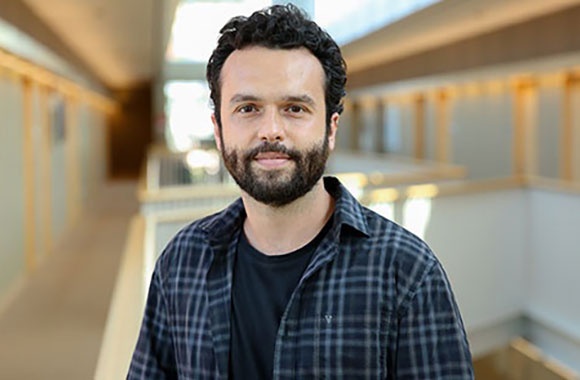 Where Race, Citizenship, and Politics Collide

New scholarship compares racial regimes in the Americas and Caribbean.

Marcelo Ferraro is a Watson Institute postdoctoral fellow and the inaugural Historical Injustice and Democracy Postdoctoral Research Associate, a joint appointment at Watson and the Center for the Study of Slavery and Justice at Brown University. His work currently focuses on slavery and racial violence across the Americas in the long 19th century.

In the context of your work, what forms does “racial violence” take?

As a historian, I focus on the longue durée history of the making of regimes of racial violence in the Americas. Colonialism and slavery were the Americas’ original sins, and one of their legacies was the formation of racialized societies that prevailed in the aftermath of independence and emancipation across the continent. The political domination over people of Indigenous and African descent demanded ideological apparatuses and repressive institutions, which were explicitly racist forms of physical and symbolic violence. After emancipation, lynch mobs and the Jim Crow Laws became symbols of racial violence in North America. Meanwhile, violence against people of color was more implicit in Latin America. My research moves beyond the American paradigm to investigate the complexity and diversity of regimes of racial violence in the Americas.

You have added Cuba to your original exploration of 19th-century racial violence in Brazil and the United States. Why?

My doctoral dissertation explored the history of slave resistance, criminal law, and racial violence in the Mississippi Valley (American South) and the Paraíba Valley (Southeastern Brazil). These were two of the most dynamic slave economies in the 19-century Americas, along with the region of Matanzas, in Western Cuba. In my new research project, I’ve extended the timeline from the late-18th century to the early 20th century and expanded the geographic scope to include Cuba.

The objective of my book is to investigate not only the formation of the most important slave societies in the 19th century, but also the making of different racial regimes in the Americas. Moreover, there is a long tradition of comparative studies of the United States and Brazil, as alleged representatives of North America and Latin America. By including Cuba, I offer a more complex and diverse history of slavery and racism across the continent.

What do you mean by the “politics” of racial violence?

Racism and racial violence are instruments of the political struggle to form and legitimize social hierarchies. Yet this concept has a particular meaning in my research. By analyzing the making of Atlantic constitutional regimes, my investigation focused on the intersection between political systems, citizenship regimes, and racial violence. The constitutions of the United States, Spain, and Brazil all legitimized slavery and established racialized qualifications for citizenship (albeit in different ways). In doing so, they reinforced racial hierarchies and legitimized racial violence under the rule of law.

Despite the similarities between these slave societies, people of African descent were subjected to different patterns of violence in each one of them. My research revealed the role of distinct ideologies and political systems in the formation of divergent racial regimes and regimes of violence in Cuba, Brazil, and the United States.

How did the Age of Revolution affect or influence regimes of racial violence in these places?

The Age of Revolution (late-18th to the mid-19th centuries) was an ambiguous era. It inaugurated both a first wave of emancipations in the Americas and a second age for bondage in the United States, Cuba, and Brazil. In the early 19th century, commodity prices stimulated the expansion of agricultural frontiers and planters turned their capital into political power. The emergence of new slaveholding classes influenced the making of constitutional regimes in these countries. The qualifications for citizenship preserved racial hierarchies. Meanwhile, criminal laws defined violence as a state prerogative and, at the same time, legitimized the right to punish as a privilege of class and race. Racial violence was thus a colonial legacy preserved and transformed under the rule of law. These legal regimes extended legal rights and guarantees for their citizens, while thousands of enslaved men and women lived in a permanent state of exception. For them, the exception was the norm.

How are the regimes of 19th-century racial violence in the Americas and the Caribbean similar, and how do they differ?

These slave regimes were particularly brutal in the 19th century. Enslaved workers were subjected to new regimes of punishment that increased agricultural productivity in Matanzas, the Mississippi Valley, and the Paraíba Valley. The life of the enslaved was similar in these plantation societies. However, whenever they rebelled against their enslavers, they were tried and punished by different justice systems and regimes of legal and extralegal violence. For instance, democracy in the United States encouraged white men not only to vote and serve as jurors, but also to perform parallel forms of justice like lynching. In contrast, the Brazilian monarchy reinforced oligarchical powers, and extralegal violence was rarely a mob action. Finally, the colonial military government reinforced the state prerogative of violence in Cuba. Thus, the legitimate use of violence was shared by state authorities and enslavers in these three societies, but there was a hegemonic power in each racial regime.

Why did slavery prevail despite resistance, not to mention emancipation elsewhere in the world?

The Saint Domingue Revolution and the Independence of Haiti were the two of the most important historical events during the Age of Revolution. They established the precedent of a Black Revolution and inaugurated the first age of emancipation in the Americas. Between 1790 and 1840, there were dozens of slave conspiracies and rebellions across the continent. This could have been the end of slavery in the Atlantic World, but it was not. After all, enslaved people were not the only ones who learned from Haiti. Planters on the agricultural frontiers in Matanzas, the Paraíba Valley, and the Mississippi Valley were aware of their risk. At a key moment in their countries, these slaveholders influenced the making of constitutional regimes and state repressive institutions to preserve their political hegemony. At the end of the Age of Revolution, the counterrevolution against slavery prevailed in Brazil, Cuba, and the United States.

What does this work elucidate about the world today?

My research offers two contributions to elucidate our present dilemmas.

In the early 20th century, lynching represented the apex of racial violence during the Age of Jim Crow. Meanwhile, conservative statesmen in Brazil and Cuba used legal segregation and popular violence in the American South to deny the existence of racism in their own countries. My investigation moves beyond the American paradigm and exposes the brutal reality behind racial harmony ideologies that are still powerful in Latin America.

Second, racial violence has changed under democratic regimes in recent decades. Despite remaining differences, North America and Latin America are more similar now. Police brutality and incarceration have proven to be more efficient than white mobs to preserve racial hierarchies in the 21st-century Americas. Therefore, my research might offer scholars and political activists a theoretical framework to interpret the making of new regimes of racial violence in the Age of Colorblindness.

Why did you want to come to Watson for your postdoctoral fellowship? How does being the first Historical Injustice and Democracy Postdoctoral Research Associate as well as a Watson postdoc enhance your work?

As a student at the University of São Paulo, I developed interdisciplinary studies committed to social justice. I was also trained in the field of transnational and global history at LabMundi (Brazil and the World System Studies Laboratory). Therefore, I was motivated to join the Watson Institute and the Center for the Study of Slavery and Justice. I believed I would benefit from this opportunity and my work would contribute to these institutions. As a postdoctoral fellow, I discussed my work with colleagues from different countries in this interdisciplinary environment. I felt encouraged to expand my research project and write a sociological history of slavery and racial violence in Atlantic perspective. Yet I must acknowledge that this project originated in a Brazilian public university, inspired by intellectual traditions from Latin America. Finally, I hope my research contributes to scholars and political activists who resist the historical injustices of our time.