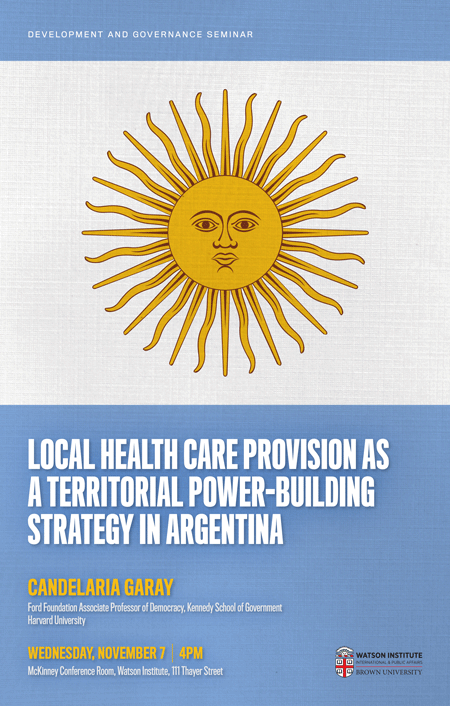 Candelaria Garay is the Ford Foundation Associate Professor of Democracy at the Kennedy School of Government at Harvard University. Her research focuses on social policy, collective action, and party politics in Latin America. She received a Ph.D. and a M.A. in Political Science from the University of California, Berkeley, and holds a B.A. in Sociology from the University of Buenos Aires, Argentina. Her book, Social Policy Expansion in Latin America (Cambridge University Press, 2016), characterizes and explains the recent expansion and cross-country variation in social policy programs (income transfers, pensions, and health-care services) to populations historically excluded from social protection in Latin America. The book received the 2017 Robert A. Dahl Award of the American Political Science Association (APSA) and an honorable mention for the 2018 Bryce Wood Book Award of the Latin American Studies Association (LASA).

In her second book project (manuscript in progress), she explains why coalitions between labor unions and social movements of informal and/or rural workers have formed in some developing countries and not in others. She explores how and why these coalitions endure in some cases and the ways in which they interact with political parties and the electoral arena.

Other research projects focus on local healthcare services, the implementation of environmental legislation, and the interaction of political parties and social organizations in nascent democracies.