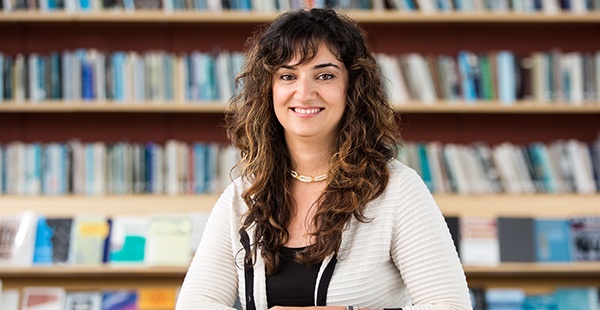 Narges' academic research is at the intersections of media, power, and military in the Middle East. Specifically, her research focuses on regime cultural producers in Iran, and is based on ethnographic research with Basij, Ansar-e Hezbollah, and Revolutionary Guard media producers. The resulting book, Iran Reframed: Anxieties of Power in the Islamic Republic, will be published by Stanford University Press in September 2019.

Narges received her PhD in socio-cultural anthropology from New York University, where her dissertation was awarded the Dean's Outstanding Dissertation Award in the Social Sciences. She was also trained as a documentary filmmaker in NYU's Culture and Media Program.

Narges is currently working on three new research projects.  In addition to her academic writing, Narges has also written for such publications as The New York Times, The New York Times Magazine, Foreign Affairs, The Guardian, Foreign Policy, and Jacobin. She has also appeared as a guest commentator on Iranian politics on CNN, DemocracyNow!, NPR, BBC WorldService, BBC NewsHour, and PBS NewsHour as well as in Spanish on radio across Latin America.

Outside of academia, Narges was the co-founder of the non-profit organization, Iranian Alliances Across Borders (IAAB), has worked with NGOs in Iran and Latin America (Cuba, Nicaragua, and Costa Rica), and has curated and organized art exhibitions and exchanges in the` United States, Iran, and Cuba for two decades.