Leroy is an emerging photographer who believes in her medium as a tool for social justice; she is powerfully motivated by coming of age with the experience of systemic racism. In the fraught period of her maturation as a young Black woman, Leroy understands photography's power to expose the predicament of marginalized people. Altar of Stars addresses racial injustice through a photographic diptych featuring the American flag shown painted onto a youthful Black torso and then its determined removal by the subject's hands. The cropped body protests its victimhood. Leroy lives in Boston. 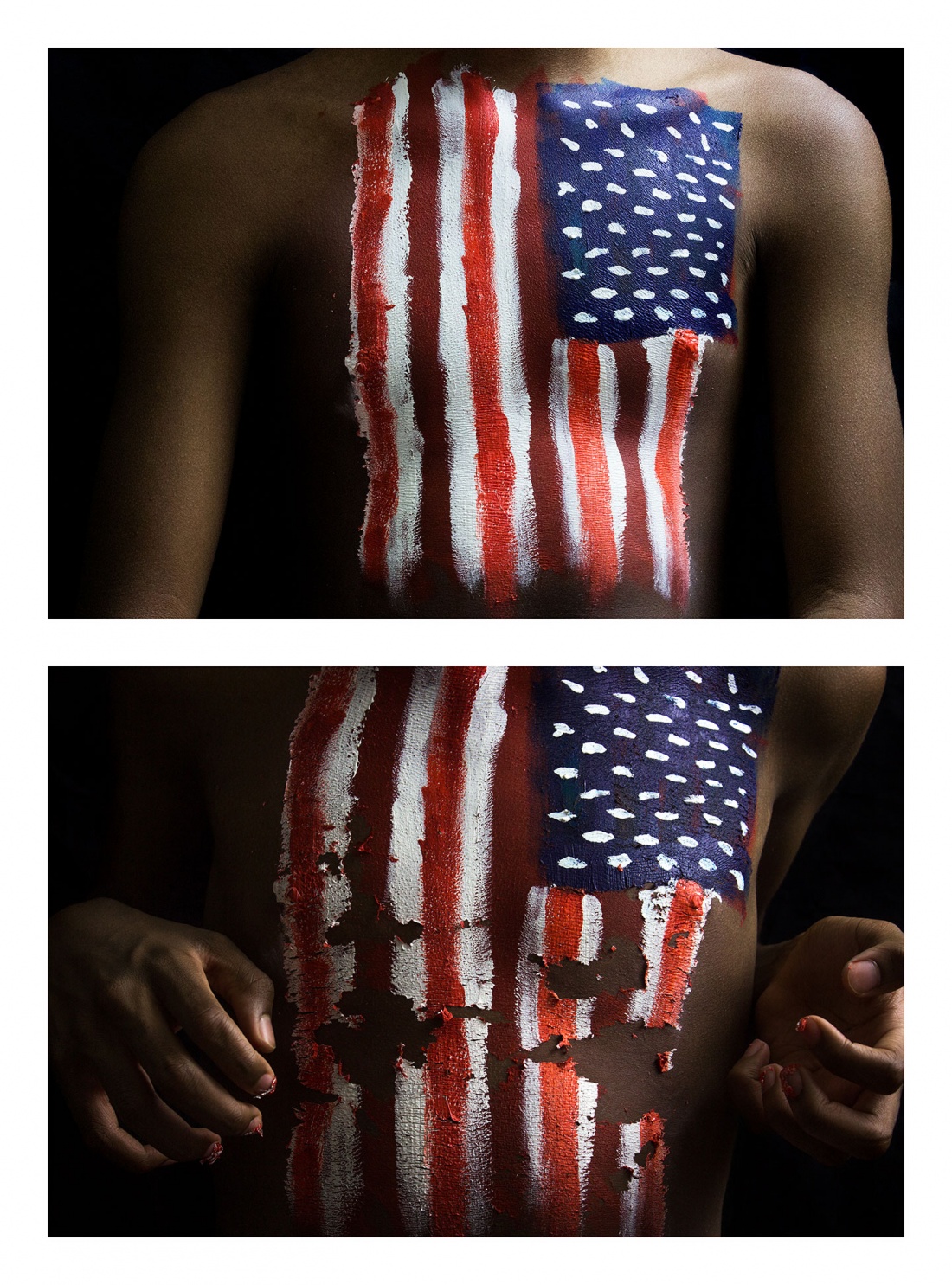 These two images, composed here as a vertical diptych, were made in 2015. They became a part of a project titled, "But still, like air, I'll rise." The series title is a line from Maya Angelou's well-known poem, "Still I Rise" (1978). The title of this specific diptych is derived from an Untitled poem by Nayyirah Waheed in her book of poetry, salt (2013). The poem reads,

to you.
my people. of color.
you are an altar of stars.
remember this.
always. do not ever forget this.

I was extremely shaken as a high schooler after the death of Trayvon Martin in 2012, and I found out just how complacent and/or racist most of my predominantly white schoolmates were. I was once again deeply unsettled after the death of Michael Brown in 2014. It was that summer when I finally began to become vocal about the injustices that Black people face, and as I transitioned into being a photography major during the fall of that year, I wanted to make images that could express our widely shared anger and grief surrounding the abuse of power and systemic racism in this country. It's difficult to express how wicked it is to deal with the generational effects of systemic oppression, especially when the burden is often placed on Black people to help end a system that strategically works against us. It's exhausting and demoralizing to see our lives discarded carelessly with no repercussions, and so I made these images to speak for when I can't find the words.