Danielle and Kevin McCoy are talented partners who leverage various media "to explore racial inequality, erasure, and redacted histories." They research, collect and investigate narratives to debate purported truths, actively drawing the curtain that is the flag, so to speak, to expose the harsh realities of current events. Graphic design is a forceful tool in their commentary on the deadly Unite the Right rally of 2017 in Virginia. WORK/PLAY questions whether overt and covert allegiances to the U.S. and far-right ideologies collide, or elide. WORK/PLAY is based in St. Louis.

WORK/PLAY integrates a hybrid of production methods such as printmaking, textile works, time-based media, and the book arts to explore racial inequality, erasure, and redacted histories. Graphic design is also deeply entrenched in their practice and is used as an effective tool for visual communication. The duo relies on their own personal archive of found images, findings from research, shared familial stories, and current events to further examine the relationship between 'master' narratives and the effects they have on the collective and historical consciousness. 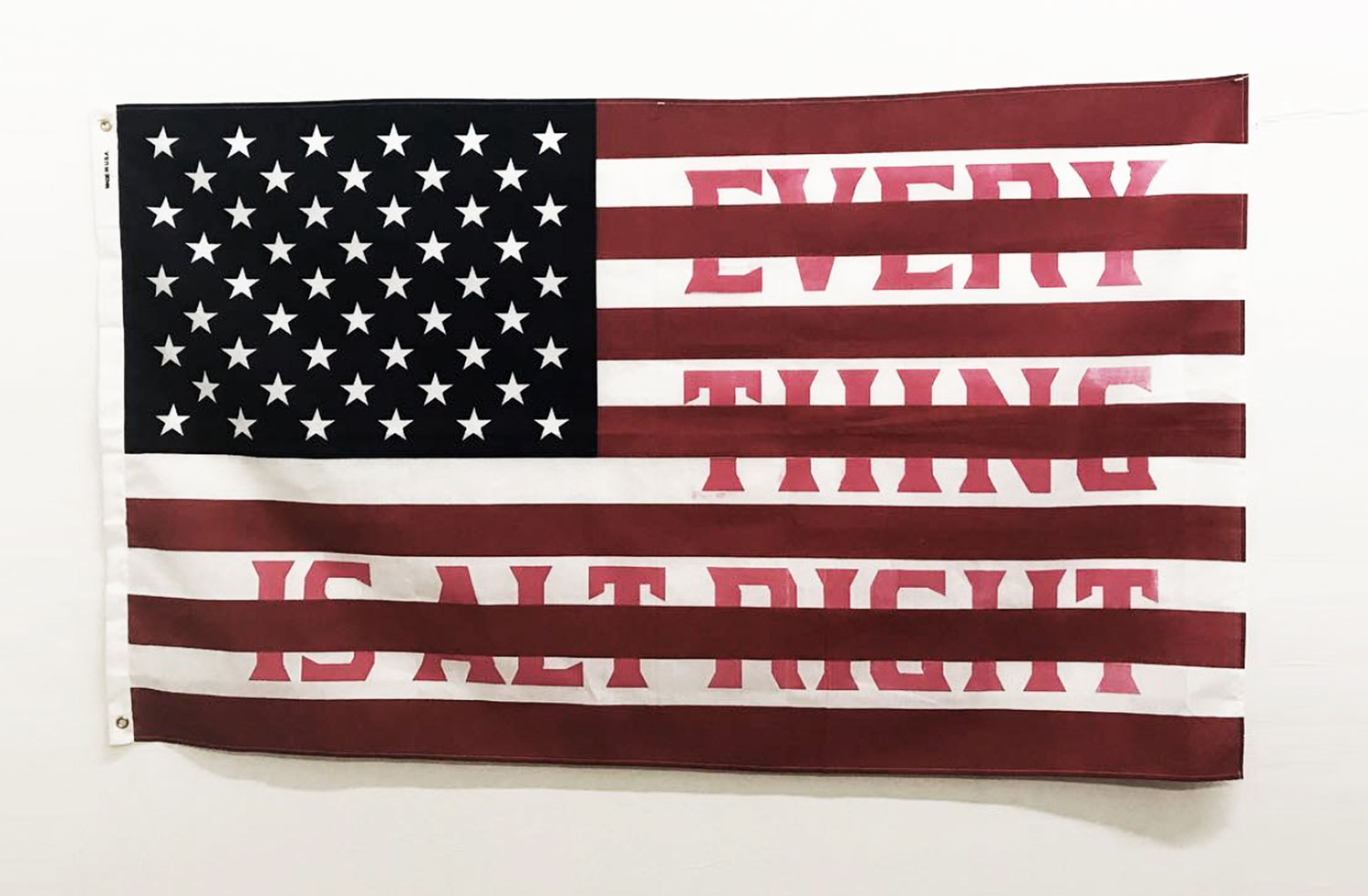 Statement on Everything is ALT Right, 2017

Everything is ALT Right employs the title text which is screen-printed on an American flag utilizing a typeface that bears sharp, angular lines that closely resemble those of the Iron Cross, a symbol adopted by the Nazi party during the 1930s. The piece was created in response to the tragic event that transpired during the Unite the Right rally in Charlottesville, Virginia on August 12, 2017, when skirmishes between supporters of the white nationalist movement and counter-protestors quickly turned deadly. A self-identified white supremacist purposefully drove his car into a crowd of counter-protesters, killing one person and injuring 19 others. The police presence during the rally utilized a 'hands-off' approach when tension between the neo-Nazi members and counter-protesters finally came to a head. The passivity of law enforcement could be viewed as a tacit demonstration in support of the nationalistic movement whereas, in Ferguson, protestors were met with a heavily militarized police force. This flag seeks to examine an overt allegiance both to the United States and far-right ideologies adopted by citizens, and perhaps a concealed allegiance to the two espoused by law enforcement and other political figures. 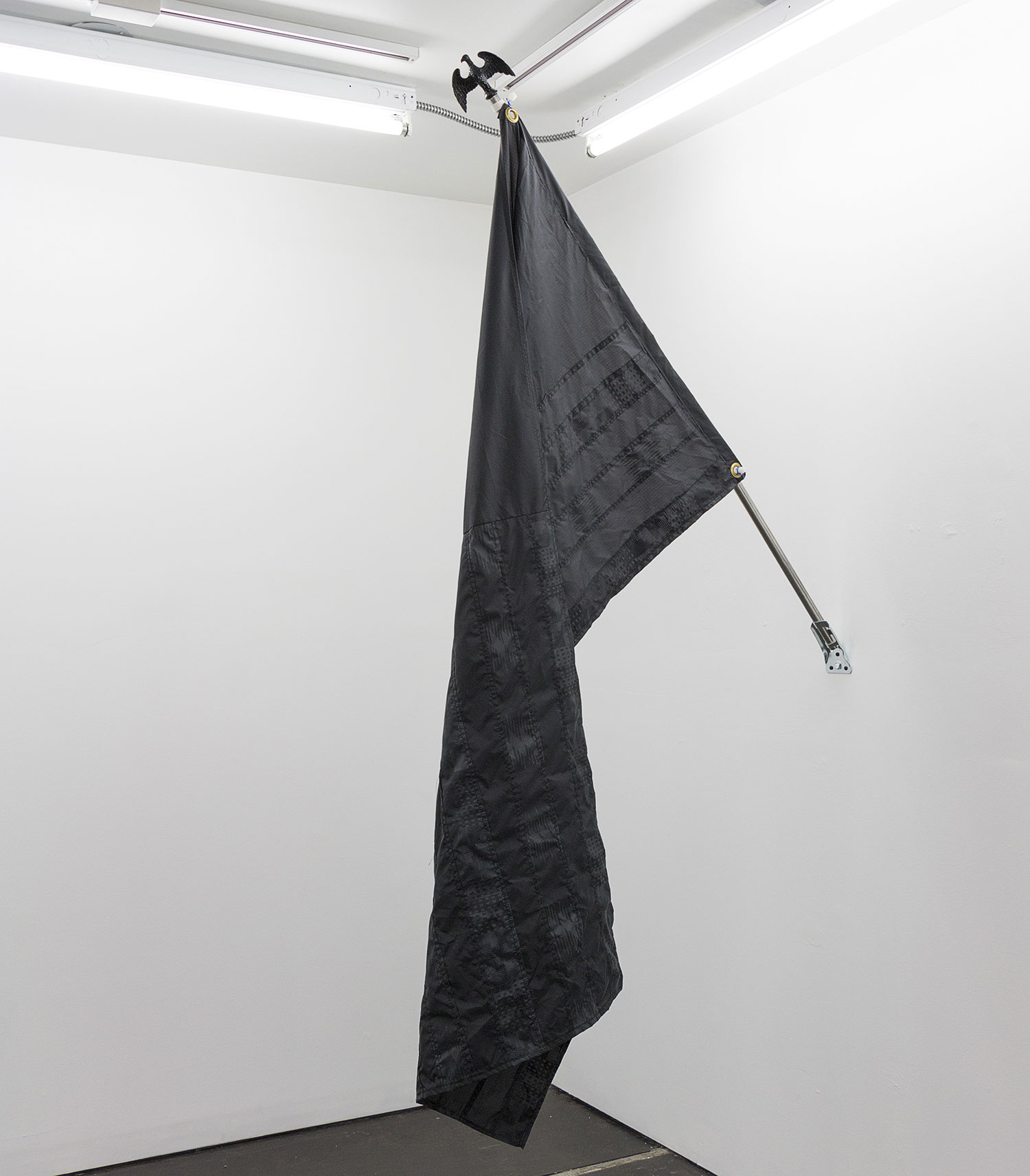 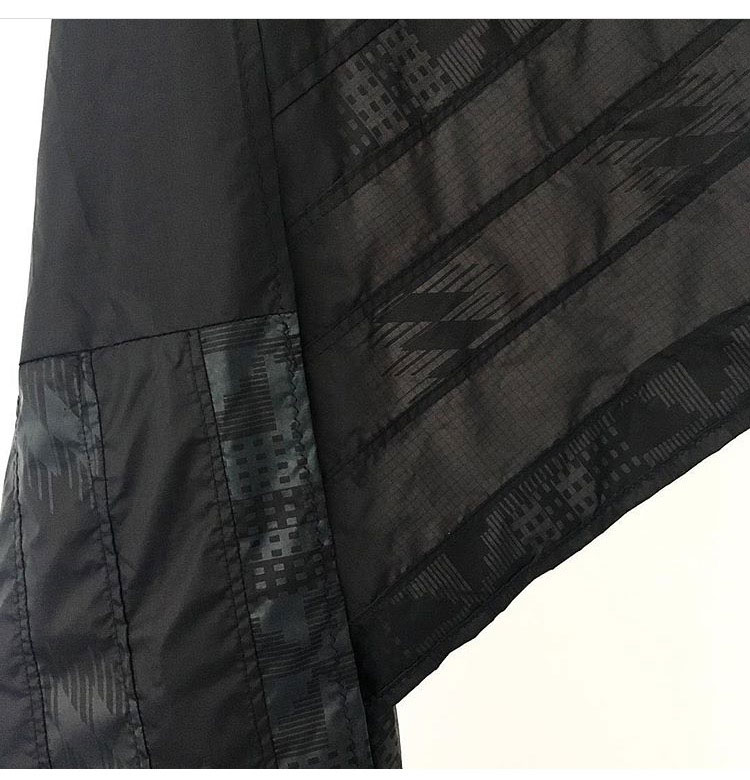 Devoid of its traditional colors and stars, Statelessness references a time in which Black people were seen only as property, rather than citizens. The African patterns emblazoned on each alternating stripe acknowledge those forcibly taken from tribes and foreign lands only to be drafted into servitude. The Dred Scott v. Sanford case in 1857 clearly exhibited that Black people, whether enslaved or free, could not benefit from the privileges of the U.S. Constitution simply because American citizenship was not bestowed upon them. They were therefore denied access to basic rights.