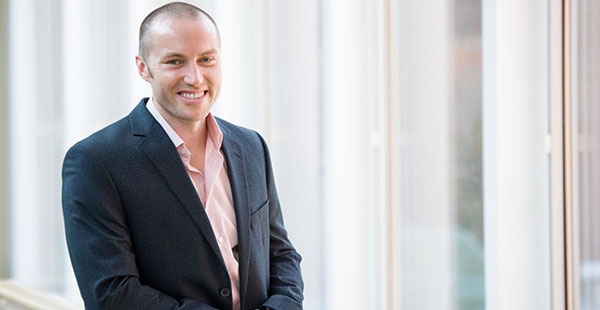 Robert Blair is an Assistant Professor of Political Science and International and Public Affairs at Brown University. His research focuses on international intervention and the consolidation of state authority after civil war, with an emphasis on rule of law and security institutions. He also directs the Democratic Erosion project, a multi-university consortium that addresses the causes and consequences of democratic deconsolidation through a combination of teaching, research and civic and policy engagement. He has conducted fieldwork on these and related topics in Colombia, Liberia, Uganda and Côte d'Ivoire. He has also worked in various capacities for the UN Office of Rule of Law and Security Institutions, the US Central Intelligence Agency’s Political Instability Task Force, USAID, Freedom House and the Small Arms Survey. He holds a B.A. from Brown and a Ph.D in political science from Yale University. His research is published or forthcoming in the American Political Science Review, Journal of Politics, International Organization, International Studies Quarterly and other venues. His book, Peacekeeping, Policing and the Rule of Law after Civil War, is forthcoming with Cambridge University Press.

Robert Blair's research focuses on international intervention and the consolidation of state authority after civil war, with an emphasis on rule of law and security institutions. He also directs the Democratic Erosion project, a multi-university consortium that addresses the causes and consequences of democratic deconsolidation through a combination of teaching, research and civic and policy engagement.

"Establishing the Rule of Law in Weak and War-torn States: Evidence from a Field Experiment with the Liberian National Police" (with Sabrina Karim and Benjamin Morse). 2019. American Political Science Review 113(3): 641-657

"International Intervention and the Rule of Law after Civil War: Evidence from Liberia." 2019. International Organization 73(2): 365-398

"Predicting Local Violence: Evidence from a Panel Survey in Liberia" (with Christopher Blattman and Alexandra Hartman). 2017. Journal of Peace Research 54(2): 298-312

"On the Rights of Warlords: Legitimate Authority and Basic Protection in War-Torn Societies" (with Pablo Kalmanovitz). 2016. American Political Science Review 110(3): 428-440

"How to Promote Order and Property Rights under Weak Rule of Law? An Experiment in Changing Dispute Resolution Behavior through Community Education" (with Christopher Blattman and Alexandra Hartman). 2014. American Political Science Review 108(1): 100- 120

Rob Blair in The Verge, "What we have is inconsistent messaging, sometimes from the same source."

Masks may be good, but the messaging around them has been very bad (commentary by Robert Blair)

In this article, Robert Blair provided commentary on government trustworthiness, honesty and messaging during a pandemic.

For COVID-19 coronavirus, here is why open honest communication is so important (Robert Blair cited)

This article references a study co-authored by Robert Blair, which showed how efforts to increase communication between the government and the people helped in the battle against the deadly Ebola virus.

Watson faculty member Robert Blair in The Verge, "Ultimately, in moments of crisis, public health crises and others, governments have to rely on a baseline level of citizen trust in order to organize an effective response to that crisis."

Civil War and Citizens' Demand for the State: An Empirical Test of Hobbesian Theory

In new research, Assistant Professor Rob Blair uses Hobbes’s Leviathan to demonstrate why severely victimized citizens of wartime violence should lean on centralized authorities more instead of local ones, in post-conflict settings.

In Liberia, the UN mission helped restore confidence in the rule of law (written by Robert Blair)

Assistant Professor Robert Blair in The Washington Post, " Beyond the lives lost and livelihoods destroyed, the Liberian civil wars shattered the already-strained relationship between citizens and the Liberian government, especially the police and courts."