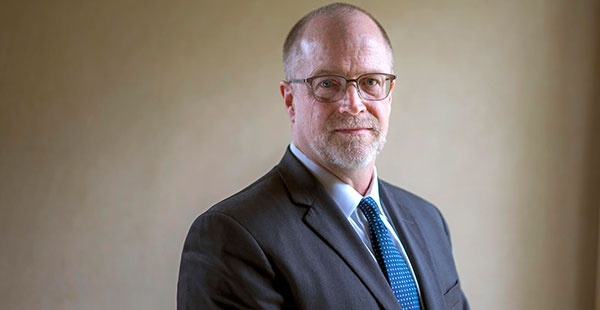 Michael D. Kennedy (@Prof_Kennedy) is professor of sociology and international and public affairs at Brown University. Throughout his career, Kennedy has addressed East European social movements and systemic change with recent engagements around both Ukraine and Kosova.

For the last 20 years, he also has worked in the sociology of public knowledge, global transformations, and cultural politics, with particular focus on social movements and universities. He continues to work in global and transnational sociology, focusing now on how various articulations of difference and solidarity travel. Recent political transformations within the USA and across the world have moved him toward a more knowledge cultural and public sociology, focusing especially on how communities of discourse use various kinds of questions, styles of reasoning, and forms of evidence to identify the qualities of justice defining various forms of social organization and modes of transformation. In the coming decade, he will also research projections of identity and transformations of human and social capacity. In the fall of 2022 he serves as Interim Director of the Brown University Contemplative Studies concentration.

Kennedy was the University of Michigan's first vice provost for international affairs in addition to being director of an institute and five centers and programs at UM; he also served as the Howard R. Swearer Director of Brown University's Watson Institute for International Studies. Kennedy concluded 9 years of service on the Executive Committee, as chair, and the Board of Directors at the Social Science Research Council in 2015, a two year term on the International Academic Advisors' Board of Singapore Management University's School of Social Sciences in 2017, a 3 year term on the Governing Board of European Humanities University in 2019, and 5 years as chair and co-chair of two education programs for the Open Society Foundations in 2021.  Within sociology, he was the chair of the Global and Transnational Sociology Section of the American Sociological Association in 2019-20.

How Russia’s Invasion of Ukraine Matters: A Knowledge Cultural Sociology

Donald Trump extends his power in the Republican Party, but a woman threatens his plans (comments by Michael Kennedy)

Professor Michael Kennedy comments for Clarín, "while Trump can dominate the Republican base, that does not mean that his candidates will do well in the general election." (Originally published in Spanish)

A group of professors from Brown University including Tony Levitas and Michael Kennedy are teaming up to help those fighting in Ukraine against Russia.

Professor of Sociology Michael Kennedy provided historical background on Russia’s relationship with Ukraine and explained how the current crisis could unleash major conflicts across the globe.

Michael Kennedy provided commentary in this article stating, "Hope for an alternative future seems misplaced when so many suffer. But that is what we need."

This article by Michael Kennedy discusses the upcoming race for the seat of State Senator for Rhode Island District 3.

Marking our history: Like 9/11, COVID pandemic a 'generation-making event' (commentary by Michael Kennedy)

Michael Kennedy offers commentary in this article on the influence of COVID-19 on the younger generation, specifically students he's taught at Brown.