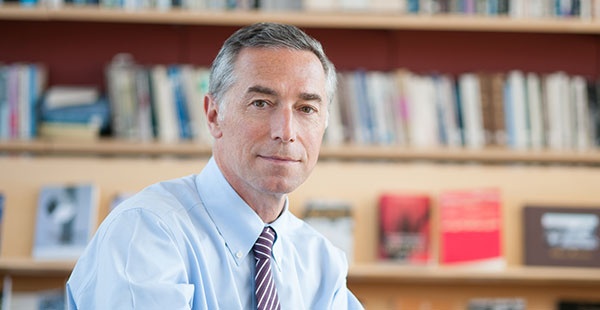 Providence Business News sat down with Provost Richard M. Locke, who was recently awarded a $100,000 grant for his project, "The Future of Work and Its Implications for Higher Education." "Understanding the shape and impact of technological change is a chance for universities to improve the education we provide to our students and the research that we produce to benefit society."

The Future of Work and its Implications for Higher Education

Provost Richard M. Locke was recently awarded a $100,000 grant to support his project, The Future of Work and its Implications for Higher Education.

Research on corporate social responsibility that was co-authored by Provost Richard M. Locke is cited in an article. "Distelhorst and Locke studied one factory that fell out of compliance yet gained no new business afterward, while another won additional contracts when it achieved compliance."

In a new study published in the American Journal of Political Science, co-author Provost Richard M. Locke uses new data on retailers and manufacturers to analyze how firm-level trade responds to information about social standards.

A new study by Provost Richard Locke finds that manufacturers that adhere to basic labor and environmental standards saw a 4 percent increase in annual purchases over those that did not.

Provost Richard Locke received an inaugural Progress Medal from The Society for Progress for his scholarship on working conditions and labor rights in the global economy.

From the White House to Wall Street: The Current Landscape for Global Media and Communications