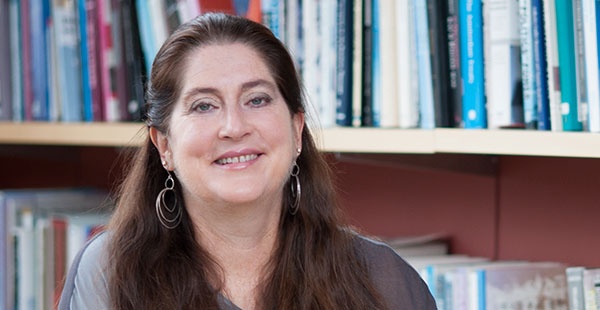 Rose McDermott is the David and Mariana Fisher University Professor of International Relations at Brown University and a Fellow in the American Academy of Arts and Sciences. She works in the areas of political psychology. She received her Ph.D.(Political Science) and M.A. (Experimental Social Psychology) from Stanford University and has also taught at Cornell and UCSB. She has held fellowships at the Radcliffe Institute for Advanced Study, the Olin Institute for Strategic Studies and the Women and Public Policy Program, all at Harvard University, and has been a fellow at the Stanford Center for Advanced Studies in the Behavioral Sciences twice. She is the author of five books, a co-editor of two additional volumes, and author of over two hundred academic articles across a wide variety of disciplines.

I work on a wide variety of different topics. Current projects include a large series of survey experiments examining nine types of attitudes toward gender inequality in over 20 countries. I am participating in several projects related to nuclear weapons, leadership and the stability of deterrence. More broadly, I work on topics including international relations, American Foreign and Defense policy, nuclear  strategy,  experimentation, leadership, ethics,  gender, identity, intelligence, cybersecurity, the role of emotion in decision-making, and genetic contributions to political attitudes and behaviors.

McDermott,  Rose.   Robert Jervis: A reminiscence. War on the Rocks

McDermott, Rose & Hatemi, Peter K.  (Nov.16. 2020) Ethics in Field Experimentation: A Call to Establish New Standards to Protect the Public from Unwanted Manipulation and Real Harms. Proceedings of the National Academy of Sciences

McDermott, R. & Hatemi, P. (December 3, 2020).  Revenge is a dish best served Nuclear: We must prepare for Revenge, not Rationality. Bulletin of Atomic Scientists

McDermott, Rose (2018). The Nature of Narcissism. For H-Diplo. https://issforum.org/roundtables/policy/1-5BE-Narcissism

McDermott, Rose.(2018)  Coalitional Rivalry May Hurt in Trade, but Help in War: Commentary on Boyer & Petersen.  Behavior and Brain Sciences

How Much Do Your Genes Shape Your Politics? (comments by Rose McDermott)

Divorce is hard. Here's how you can help those going through one.

This article mentions a 2013 longitudinal study headed by Rose McDermott that found if people in your close social network divorce, the risk of your marriage ending greatly increases.

Doctor/Spy: how MDs get involved in espionage (comments by Rose McDermott)

The divorce pandemic: The stresses of lockdown has had devastating effect on marriages (Rose McDermott cited)

This article cites a research study co-conducted by Rose McDermott to determine if divorces can be "contagious" - especially during a pandemic.

This article includes commentary from Rose McDermott on how we develop our own individual political perspectives.

Can the 25th Amendment Save Democracy?

Rose McDermott is the author of "Presidential Leadership, Illness, and Decision Making", and regularly comments on presidential health and power. Most recently her work has appeared in Vox, the Atlantic, and the Economic Times. Following the January 6th attack on the U.S. Capitol, we asked her to provide additional analysis of the history and potential application of the 25th Amendment.