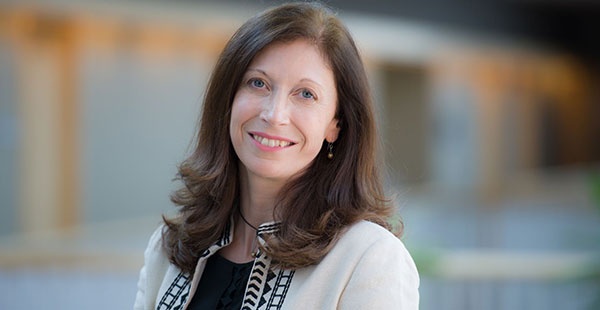 Professor Moffitt’s research focuses on American political institutions and public policy.  Her research examines the politics of information gathering, distribution, and use, with particular emphasis on developing the capacity to put policy into practice in the fields of public education and public health. Her latest book, Making Policy Public: Participatory Bureaucracy in American Democracy, was published by Cambridge University Press in 2014. Her first book, The Ordeal of Equality: Did Federal Regulation Fix the Schools, co-authored with David K. Cohen, was published by Harvard University Press in 2009. Her other scholarship has appeared in The American Journal of Political Science, The Journal of Politics, The Journal of Law, Economics and Organization, The American Journal of Education, Medical Care, and numerous edited volumes.  Before joining the faculty at Brown, she was a Robert Wood Johnson Scholar in health policy research at Harvard University. She holds a PhD (political science) and a master of public policy degree from the University of Michigan.

Susan Moffitt’s research focuses on the development of knowledge and capability to support policy implementation—to put policy into practice at the frontlines of service provision—and to do so in ways consistent with democratic accountabilities that incorporate the voices and needs of vulnerable populations.

How can designs of governance – including community organizations, private organizations, and government agencies – support capacities for frontlines service provision? How do these designs of public governance support democratic accountabilities, or not? How do these designs and accountabilities incorporate the voices and needs of vulnerable populations, or not? These are the fundamental questions that guide my research program, with particular emphasis on health and education policy.

Susan L Moffitt and Neal Finkelstein.  2018. Implementing the Common Core State Standards in California Schools: A Work in Progress. Getting Down to Facts II.

The Politics of the Opioid Epidemic

In April 2020, Susan Moffitt co-edited, "The Politics of the Opioid Epidemic" with Eric Patashnik, as well as co-authoring an article in the volume with Paul Testa and Marie Schenk. The piece focuses on American policy and practice in response to the epidemic and explores the question, "Where do we go from here?"

In a recent article, co-author Susan Moffitt, Director of the Taubman Center for American Politics and Policy, explores varying political energies during policy implementation, specifically of the landmark No Child Left Behind Act (NCLB).

A future in flux: what next for the California Department of Education? (research by Susan Moffitt cited)

This article mentions Getting Down to Facts, a research project co-led by Susan Moffitt, director of the Taubman Center for American Politics and Policy. “Although the CDE (California Department of Education) could be an efficient source of instructional support for schools, it currently is not."

One of the studies to examine the rollout of California's new academic standards in the recently released Getting Down to Facts project found encouraging signs from teachers and principals whom researchers interviewed. “There were strong signals from teachers in high poverty schools that they were seeing improvement” in teaching and in training in the standards, said Professor Susan Moffitt.

Getting Down to Facts II: Current Conditions and Paths Forward for California Schools

In a newly released study, Susan Moffitt, director of the Taubman Center for American Politics and Policy, partners with Susanna Loeb, new director of the Annenberg Institute for School Reform, and other researchers for Getting Down to Facts II, a project aimed at supporting improvements in California’s K-12 public school system, originally released in 2007.

Providence Business News asked Susan Moffitt, director of the Taubman Center for American Politics and Policy, questions about her top priorities, the major challenges the center faces and the center's role in educating Brown students about American politics and policy.