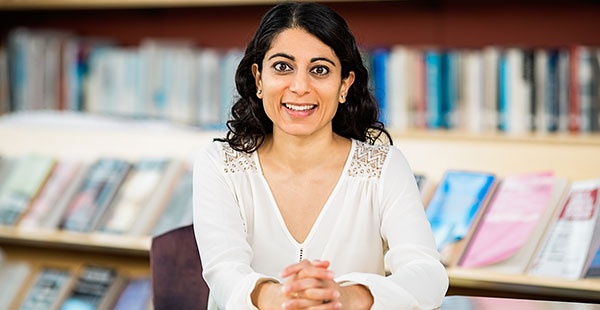 With a $350,000 award, Owens will develop different aspects of an ongoing project investigating what drives racial and ethnic disparities in school discipline.

Jayanti Owens was recently was selected as a 2020 William T. Grant scholar. With a $350,000 award, Owens will develop different aspects of an ongoing project investigating what drives racial and ethnic disparities in school discipline.

December 15, 2021 Institute for the Future of Education

This article highlights research by Jayanti Owens that shows that behavioral challenges seen from preschool age can be significant predictors of whether boys drop out of high school or decide not to go to college.

Some colleges are practicing 'affirmative action' for boys, since more girls apply, education experts say. It points to a bigger problem. (commentary by Jayanti Owens)

Jayanti Owens offered commentary on the discrepancies between men and women when it comes to college application rates.

This story on changes to the Common Application references research by Jayanti Owens, who found in a study that different treatment from teachers accounts for roughly half of the Black / white racial gap in-school suspensions and expulsions.

Jayanti Owens recently wrote, "Social Class, Diagnosis of Attention-Deficit/Hyperactivity Disorder, and Child Well-Being." In it, Owens explores the positive and negative effects and implications of ADHD diagnoses in children. Her research is based on disentangling the effects of a positive diagnosis from that of children’s underlying behaviors, social contexts, and medication treatment.

Tune in to the conversation starting Monday, January 18 at 10 a.m.   Watch on Watson's YouTube channel.