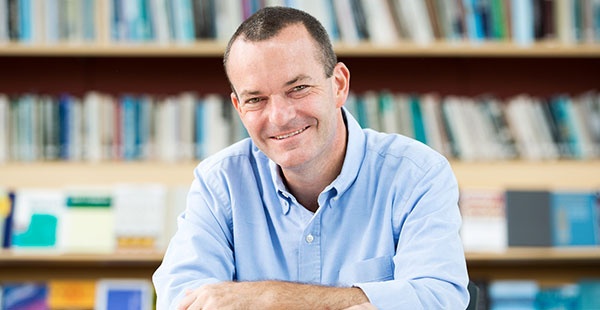 Andrew Schrank received his PhD from the University of Wisconsin in 2000 and is currently the Olive C. Watson Professor of Sociology and International & Public Affairs at Brown University. He is also a Canadian Institute for Advanced Research fellow in the program on “Innovation, Equity, and the Future of Prosperity." Schrank has received grants and fellowships from the National Science Foundation, Social Science Research Council, and many private foundations; consulted for the World Bank, Inter-American Development Bank, United Nations Development Programme, and a number of federal agencies; served on a half dozen editorial boards; and collaborated with Somos un Pueblo Unido, an immigrant rights organization based in Santa Fe, New Mexico, and the Center for a New Economy in San Juan, Puerto Rico. His research has been published by leading journals in political science, sociology, international development, and Latin American studies. And he is the co-author (with Michael Piore) of Root-Cause Regulation: Protecting Work and Workers in the Twenty-First Century (Harvard University Press 2018).

“Regulators without Borders? Labor Inspectors in Latin America and Beyond.”  Global Networks. Forthcoming.

“Rebuilding Labor Power in the Postindustrial United States,” Annals of the American Academy of Political and Social Science. 685 (1) 2019.

The Economic Sociology of Development

Andrew Schrank's recent research is cited in this article.

Andrew Schrank recently published, "Design Principles for American Industrial Policy" which examines the current and future state of industrial policies in the U.S.

Andrew Schrank co-wrote this article on Biden's initiatives to protect the environment while still improving the economy.

America deserves a raise: Why Biden should prioritize a $15 minimum wage (written by Andrew Schrank)

Andrew Schrank penned this article on why one of President-elect Biden’s first legislative priorities should be a substantial increase in the federal minimum wage.