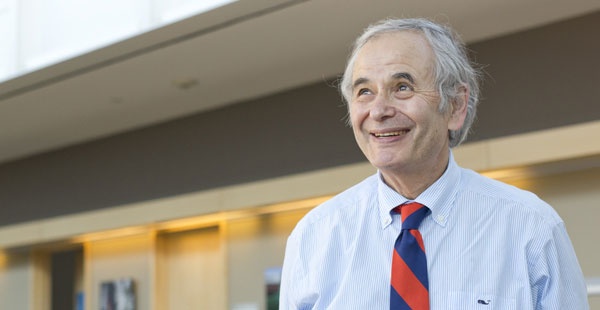 Arenberg served as the Interim Director of the Taubman Center for American Politics and Policy at Brown University from July 2020 to July 2021.

Arenberg has significant experience in intelligence matters, Congressional history, procedure, rules and protocol, and the role and impact of Congress on public policy. Arenberg teaches a number of courses related to Congressional politics and policy, the presidency, political communication and campaigns and elections in Brown’s public policy program and the political science department.

Arenberg has previously taught at Northeastern and Suffolk Universities. He serves on the Board of Directors of Social Security Works and the Board of Directors of Social Security Works Education Fund, and a Senior Congressional Fellow at the Stennis Center for Public Service Leadership.  He is an affiliate at the Taubman Center for American Politics & Policy.  His work has appeared in The New York Times, The Washington Post, The Wall Street Journal, USA Today, The Providence Journal, Politico, and The Boston Globe. He is a Contributor at Newsmax and The Hill.

“It's just the weight of the fact that you have this letter from the Congress recommending that the Justice Department investigate,” Richard Arenberg comments for The National Desk.

Richard Arenberg in South China Morning Post, "It can’t just be the Democrats negotiating with themselves,"

Richard Arenberg provided commentary in this article stating, "It really comes down to this fundamental question of whether or not you think it’s a good thing for a president with a legislative majority to be able to do things without any bipartisan input."

Richard Arenberg penned this article on the history of the filibuster over the past 40 years.

Richard Arenberg offered commentary on how the rise in inflation could complicate the politics on a spending bill.

Democrats Face Bitter Pills To Lower Reconciliation Topline. This May Be Their Best Option. (commentary by Rich Arenberg)

Richard Arenberg provided commentary in this article stating, "As long as adjustments made fall within the parameters of the reconciliation instructions in the budget resolution, I don’t think it would present procedural difficulties."

Richard Arenberg in ABC6, "I think most progressive Democrats recognize that at the end of the day, half a loaf is better than none."

State of the Union Watch Party

State of the Union Watch Party