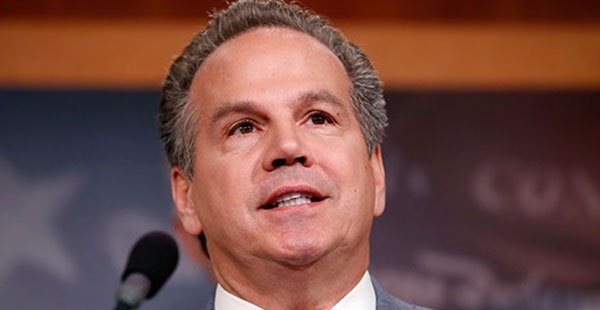 As the Chairman of the House Antitrust Subcommittee, Cicilline oversees an expansive portfolio of ensuring access to affordable health care, keeping the courts open to consumers and workers, promoting innovation and economic opportunity through open and competitive markets, keeping the internet open and free through strong net neutrality rules, promoting access to high-speed broadband internet, and holding the Trump administration accountable through oversight.

On the House Foreign Affairs Committee, Cicilline has fought to keep Americans safe against terrorists’ threats while also working to bring our troops home safely and responsibly from Afghanistan and Iraq. Cicilline has also established himself as a leader on human rights.

In Congress, Cicilline has become one of the leading advocates for the Make it in America agenda to help rebuild and strengthen America’s manufacturing sector. Cicilline has introduced legislation to help create jobs, promote American-made goods, and stimulate economic growth. In 2015, Cicilline passed an amendment into law to help American manufacturers compete against foreign businesses for U.S. government contracts.

As a champion for the middle class, Cicilline has worked hard to ensure that Rhode Islanders who work hard and play by the rules are able to buy a home, send their kids to college, and save for retirement. Cicilline has fought to increase the federal minimum wage and permanently extend the child tax credit to provide tax relief to working families. Cicilline has also been a strong advocate for equal pay for women and paid family leave.

As mayor of Providence, Cicilline was a founding member of Mayors Against Illegal Guns and has continued to fight in Congress to reduce gun violence. Cicilline is the author of the Assault Weapons Ban, which would prohibit the sale, transfer, production, and importation of new military-style weapons and high-capacity magazines. He has co-sponsored legislation to fix our broken background check system and keep guns out of the hands of criminals. Cicilline has introduced legislation to prevent mentally-ill people who are a danger to themselves or others from purchasing a firearm. Cicilline has also worked to close the fire sale loophole to prevent gun dealers from converting their inventory to a “personal inventory” to avoiding having to performing background checks on customers.

In 2015, following the Supreme Court’s historic decision on marriage equality, Cicilline introduced the Equality Act to extend comprehensive anti-discrimination protections to the LGBT community in public accommodations, housing, employment, federal funding, education, credit, and jury service. In most states, it is legal for employers, renters, and educational institutions to discriminate against Americans based on their sexual orientation or gender identity. The Equality Act prohibits discrimination across all 50 states by expanding the Civil Rights Act of 1964 and other existing civil rights laws.

In Congress, Cicilline is working hard to restore the public’s confidence and trust in government by making our campaign finance system more transparent and by reducing the influence of corporate money in our elections. Cicilline has worked to overturn Citizens United, which opened the floodgates to unlimited corporate spending on elections, and continues to fight to end the influence of big money in our political system. He has also worked to clean up Congress by requiring every member of Congress to take annual ethics training.

Cicilline is also fighting to make it easier for people to participate in our democracy. He introduced the Automatic Voter Registration Act, which automatically registers people eligible citizens to vote at the DMV. Cicilline has also consistently supported efforts to renew the Voting Rights Act to prevent racial discrimination and ensure the voice of every American is heard in our democracy.

Congressman Cicilline also recognizes the urgent challenges of addressing climate change. 2015 was the hottest year on record and it’s Congress’ responsibility to address the serious consequences of climate change and protect our environment and natural resources for future generations. Congressman Cicilline joined colleagues in expressing strong support for the President’s Climate Action Plan to reduce global greenhouse gas emissions. Congressman Cicilline also co-sponsored the Microbead-Free Waters Act, which President Obama later signed into law to ban the sale of cosmetics containing plastic microbeads that can pollute our oceans, as well as the Clean Ocean and Safe Tourism Anti-Drilling Act to prohibit oil and natural gas drilling off the coast of Rhode Island. In addition, Congressman Cicilline is a co-sponsor of H.R. 3195, a bill that will permanently reauthorize the Land and Water Conservation Fund, which was first established in 1965 to provide federal funding to conserve vital natural resources.

Prior to his election to Congress, Cicilline served two terms as Mayor of Providence and four terms in the Rhode Island House of Representatives. He is a graduate of Brown University and the Georgetown University Law Center and resides today in Providence.