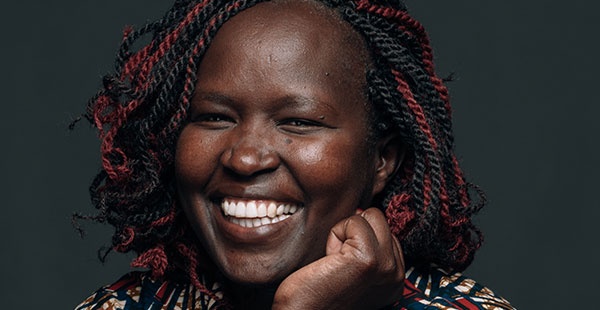 Engaged at age 5, Dr. Kakenya Ntaiya experienced female genital mutilation (FGM) as a young teenager in preparation for child marriage. Her life was set to follow the traditional Maasai path of ending school to become a wife and mother, but Dr. Ntaiya had a different dream. She negotiated with her father to return to school after surviving FGM. When she was accepted to college in the United States, she promised her community she would use her education to serve her rural Kenyan village in exchange for their support. She went on to earn her PhD in education from the University of Pittsburgh and returned to her community to fulfill her promise.

Dr. Ntaiya was honored to be featured in Melinda Gates’s first book, The Moment of Lift. She is a proud Top Ten CNN Hero and National Geographic Emerging Explorer. She also received the Feminist Majority Global Women’s Rights Award from the Feminist Majority Foundation in 2013 and the Vital Voices Global Leadership Award in 2008. She was recognized by Women in the World as a “Woman of Impact,” and named one of Newsweek Magazine’s “150 Women Who Shake the World.”

You can learn more about Dr. Ntaiya and Kakenya’s Dream at www.kakenyasdream.org, through Dr. Ntaiya’s TED Talks “A girl who demanded school” and “Empower a girl, transform a community,” and read about their work in publications such as National Geographic, the Washington Post, and Teen Vogue.