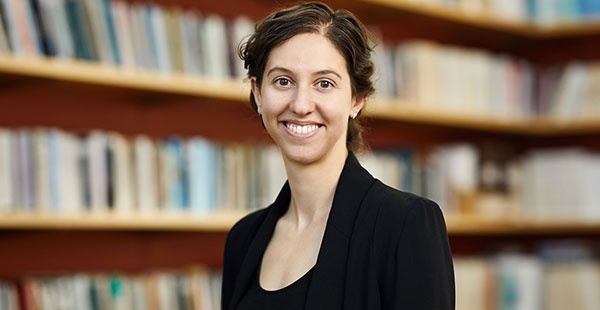 Elissa is a postdoctoral fellow at the Watson Institute for International and Public Affairs. After completing her fellowship at the Watson Institute, she will begin her appointment as Assistant Professor of Comparative Political Behavior at McGill University. Elissa received her PhD in Political Science from the Massachusetts Institute of Technology in September 2019, where her research focused on substate nationalism, exploring how the “imagined communities” of stateless nations mold actual political attitudes and behaviors. Before attending MIT, Elissa received an MPhil in Politics from Oxford University and briefly worked in Washington D.C. for the House Committee on Science and Technology. She also holds a B.S. from Yale University, where she double majored in Physics and Political Science.

My research and teaching in political science span the sub-fields of comparative politics and quantitative methodology. Through my extensive involvement with software development facilitating the use of new methods for survey research, I aim to implement and improve advanced quantitative techniques. In my broader research though, I strive to integrate new methods with pre-existing theories of political behavior.

My primary research focuses on substate nationalism in Europe. The implications of surging nationalism at the level of the nation-state, from escalating opposition to immigration to declining support for supranational entities such as the European Union, have been explored at great length. Far less attention has been paid to the parallel growth on the regional level of *substate* nationalism, which presents an altogether different threat to the stability of representative democracies. My dissertation project, “Substate Nationalism in the Age of the Nation-state,” fills this gap, concentrating on the critical cases of Spain and the United Kingdom. Through recent independence referenda, in Catalonia and Scotland, these two cases illustrate how substate nationalism is neither confined to weak states nor a thing of the past.

Experimental Contributions to an Enduring Debate.” Annual Review of Political Science, May 2018.