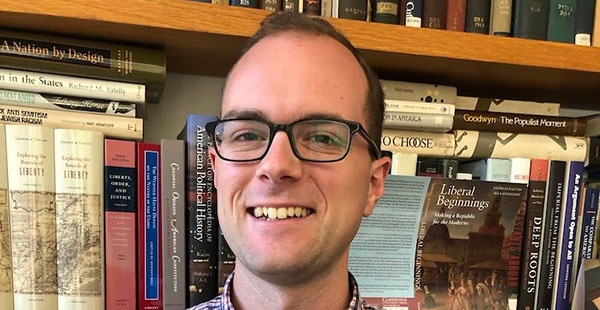 Don Casler is a postdoctoral research fellow at Brown University’s Watson Institute for International and Public Affairs. From 2023, Don will be an assistant professor of political science at the University of Illinois at Urbana-Champaign. Don received his Ph.D. in political science, with a specialization in international relations, from Columbia University in 2022 and was also a Hans J. Morgenthau Fellow in Grand Strategy at the University of Notre Dame’s International Security Center in 2021-22. His book project examines when and why foreign policy decision makers prioritize the preservation of their own state’s credibility while weighing foreign policy options during crises, with a particular focus on how these assessments differ across the civil-military divide. Don’s research has been supported by the Smith Richardson Foundation and the Charles Koch Foundation. His other research interests include political psychology, U.S. grand strategy, and historical political economy. Don previously worked as a management consultant at Alvarez & Marsal in New York. He received a B.A (cum laude) in government with high honors from Dartmouth College in 2014.

Rebecca Lissner, Mira Rapp-Hooper, Don Casler, and Laura Resnick Samotin. 2021. “After Primacy: Exploring the Contours of 21st Century Great Power Rivalry.” In Before and After the Fall: World Politics and the End of the Cold War, eds. Fritz Bartel and Nuno Monteiro, Cambridge University Press.