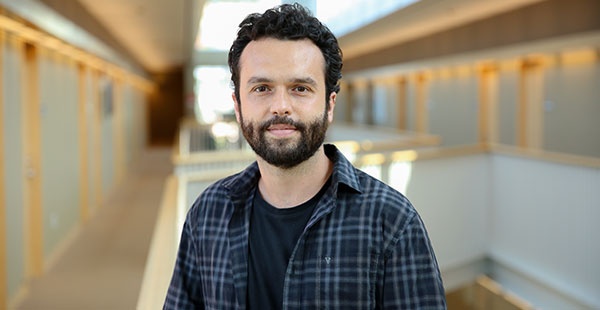 Marcelo Ferraro is a jointly appointed postdoctoral fellow with the Center for the Study of Slavery and Justice (CSSJ) at Brown University. Ferraro completed his PhD at the University of São Paulo (Brazil) in 2021, having previously received his master’s degree in Social History and his B.A. in History, Law, and Social Sciences at the same institution. In 2019, he was a Global Fellow of the Weatherhead Initiative on Global History and a Visiting Graduate Student of the Afro-Latin American Research Institute at Harvard University. He is a coordinator of LabMundi (Brazil and the World System Studies Lab) at the University of Sao Paulo and a member of the Global History Network. His first research project analyzed the role of architecture in a plantation society from southeastern Brazil. More recently, he developed a comparative study on the intersections between slavery and criminal justice in Brazil and the southern United States. He is currently working on his first book on slavery and racial violence across the Americas in the long nineteenth century.

My first book project builds upon my doctoral dissertation to present a history of slavery, racial violence, and institutional racism within the criminal justice systems across the Americas. The comparative analysis of American and Brazilian sources has revealed striking similarities and differences. It not only illuminates how these exceptional societies preserved slavery when it was abolished every place else in the Americas (except for Cuba), but also how slavery expanded and changed under modern state institutions during the age of industrial capitalism. This perspective also reveals the making of distinct racial societies, and the diverse experiences of Africans and their descendants. Providing new integrative analysis of the social, political, and economic dimensions of captivity, my book offers a more comprehensive history of slavery, capitalism, and the politics of violence in the Atlantic world.