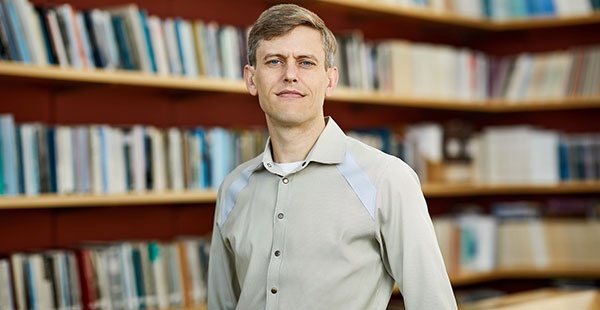 Foster is a postdoctoral fellow at the Watson Institute for International and Public Affairs. He received his Ph.D. in Government from Harvard University in March 2019. During 2018-2019, he taught at the London School of Economics and Political Science as a Fellow in Public Policy and Administration.

Foster’s research is in comparative political economy, with a focus on the political development and contemporary practices of independent regulatory institutions in Europe and the United States. His current book project, based on his dissertation, comparatively examines the origins and evolution of competition policy, identifying some of the political and institutional factors that explain the trans-Atlantic divergence in enforcement.

Prior to pursuing doctoral studies, Chase worked as an advocate for electoral and campaign finance reform in the state of North Carolina and studied public policy at the Kennedy School of Government and the University of North Carolina, Chapel Hill.

In his book project and dissertation, Foster draws from interviews, archival material and enforcement data, as well as a broad secondary literature in history, economics, and law, to examine how distinct political coalitions have shaped the institutional development of competition policy in Europe and the United States since the 19th century. The project explains why, in recent decades, European competition enforcement has become both more extensive and intensive than in the United States, where antitrust enforcement has been limited by a comparatively circumscribed mandate, cumbersome enforcement system, and narrow zone of bureaucratic discretion.

Foster has also completed research projects on European regulatory legalism, the politics of financial penalties following the global financial crisis, and the effects of the Euro-crisis on public trust in government. He is currently working on two collaborative projects that examine European populism in historical and comparative perspective

“Technocratic democracy and the politics of cost-benefit analysis,” 2019. Risk and Regulation 37: 35-37.

“Economic Patriotism After the Crisis: Continuity and Change in European Securities Enforcement”. 2017. Review of European and Russian Affairs 12(1): 1-23.