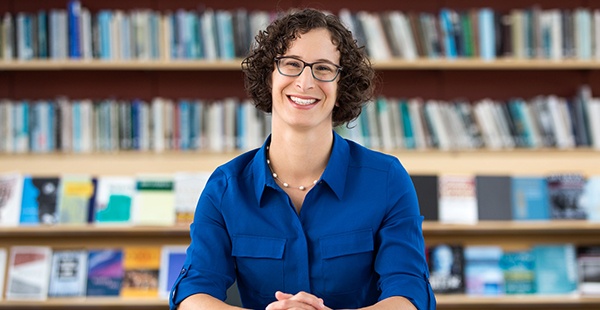 Jennifer Greenburg is a postdoctoral fellow at the Watson Institute for International and Public Affairs. She holds a PhD in Geography from UC Berkeley. Jennifer’s research focuses on the historical and geographical entanglement of US militarism with humanitarianism. Methodologically, her work combines ethnography of military training sites with archival investigations of colonial and Cold War histories, focusing in particular on the ties that bind Haiti to the United States. Jennifer’s research has received funding from the Social Science Research Council and the National Science Foundation. Her publications have appeared in Development and Change, Gender, Place, and Culture, Critical Military Studies, The Journal of Historical Geography and Journal of Haitian Studies.

Jennifer is currently completing her first book manuscript, At War With Women: Colonial Feminism and Military Humanitarianism in an Era of Permanent War. This book examines how the US military's enlistment of development as a counterinsurgency weapon in the post-9/11 era produced sweeping changes in military gender relations. At War With Women draws on ethnographic research on US military bases, archival investigation into the colonial and Cold War past used to assemble current military doctrine, and interviews with women who served on all-female counterinsurgent teams during an era when women were banned from direct assignment to ground combat units. Her next book project, “Genealogies of Humanitarian Violence,” is a history of the present entanglement of militarism and humanitarianism in Haiti.

2018    “‘Going back to history’: Haiti and US military humanitarian knowledge production.” Spaces at the Intersection of Militarism and Humanitarianism, eds. Emily Gilbert and Killian McCormick, special issue, Critical Military Studies 4 (2): 121-139.2017    “Selling Stabilization: Anxious Practices of Militarized Development Contracting.” Development and Change 48 (6): 1262-1286.​2017     “New Military Femininities: Humanitarian Violence and the Gendered Work of War Among US Servicewomen.” Gender, Place, and Culture 24 (8): 1107-1126.2016    “The one who bears the scars remembers: Haiti and the historical geography of US militarized development.” Journal of Historical Geography 51: 52-63.2013    “The ‘strong arm’ and the ‘friendly hand’: Military humanitarianism in post-earthquake Haiti.” The Journal of Haitian Studies 19 (1): 60-87.2010    “The spatial politics of xenophobia: Everyday practices of Congolese migrants in Johannesburg.” Transformation 74: 66-86.

New Military Femininities: Humanitarian Violence and the Gendered Work of War Among US Servicewomen

In a new article, Postdoctoral Fellow Jennifer Greenburg studies the gendered forms of labor in the United States military, in post-September 11 wars.