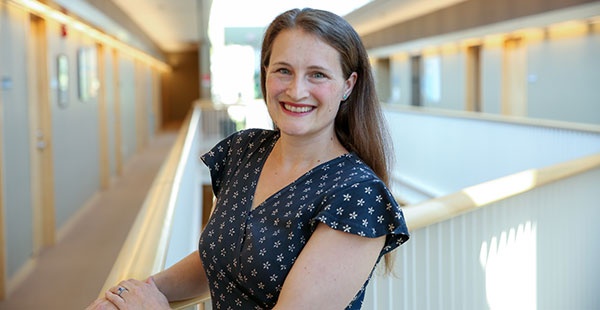 My research interests span historical and comparative political economy and gender and political development with a regional focus in Europe. In my work I study how long-term institutional and economic changes shape and are shaped by gender relations, family structures, and women’s ability to engage in public life. My dissertation and related research explores how women's political and property rights have interacted and changed overtime. During the 2018-2019 academic year, I conducted archival research in Paris, France and was a visiting Ph.D. student researcher at the Centre d'histoire économie et sociale François Simiand at the Paris School of Economics. My dissertation research has been possible thanks to generous support from the National Science Foundation, Georges Lurcy Charitable and Educational Trust, as well as several research institutes at Princeton University: Mamdouha S. Bobst Center for Peace and Justice, Niehaus Center for Globalization and Governance, Center for the Study of Democratic Politics, and Princeton Institute for International and Regional Studies.

This project investigates women's political and economic rights across more than four centuries in France and Western Europe. I present a cautionary tale of the fragility of rights and sobering origin story of a distinctively modern form of gender inequality and its enduring legacy. I combine qualitative and quantitative analyses to reverse a popular narrative asserting the progressive emancipation of women. In popular rhetoric and the social sciences alike, there is a common assumption that women were universally subordinate and without rights until the late 19th century at which point, they were slowly but progressively liberated. In contrast, I show that the very birth of economic and political liberalism marked a reversal in women's public rights. The French Revolution, the embodiment of democratization and of modern economic rights and freedoms, facilitated the exclusion of women from formal politics and a critical alteration in family property laws. Using archival and primary sources I demonstrate the surprisingly widespread participation of women in early modern assembly meetings across France and highlight its connection to patriarchal lineage-based property relations. I then qualitatively trace the post-revolutionary reforms that excluded women from politics and elevated husbands over lineage in family property relations. Finally, I quantitatively and qualitatively show that the power of husbands in modern French civil law, especially with respect to property, stymied women's suffrage efforts and political participation not only in France but also in Germany and across Europe.

Tudor, C. L. and C. Vega, "A Review of Textual Analysis in Economics and Finance," in Communication and Language Analysis in the Corporate World, Ed. Roderick P. Hart. IGI Global, 2014. 122-139.