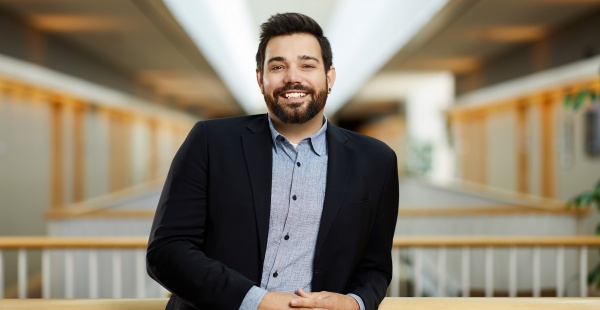 Assistant Professor of African American and African Studies at the University of California, Davis
Postdoctoral Fellow in International and Public Affairs, 2019-2020

Benjamin Weber is an interdisciplinary scholar of African American History, Carceral Studies, and International Legal and Political Thought. He received his PhD from Harvard University in 2017, and served as ACLS Mellon Public Fellow in New Orleans. He is at work on his first book, a history of race, incarceration, and empire, under contract with The New Press.

Ben has been recognized for his teaching and new media work, including being named the National Council for the Social Studies (NCSS) Outstanding Teacher of the Year for the United States, and winning and Omni Gold Award for the Calderwood US History Series produced by WGBH Boston for PBS Learning Media. He has worked as a Senior Associate at the Vera Institute of Justice and Alternate ROOTS, and as a public high school teacher in Los Angeles.

This fall, he will join the faculty at the University of California, Davis, as Assistant Professor of African American and African Studies.

Benjamin D. Weber, Fugitive Justice: The Possible Futures of Prison Records from US Colonial Rule in the Philippines, Archive Journal, 2017

Benjamin D. Weber, Teaching Histories of Race and Incarceration in the Prison Capital of the World, American Federation of Teachers Journal, 2016

Beyond Money Bail: Looking Back to Move Ahead, Vera Institute of Justice’s Think Justice Blog, June 27, 2018

Mom of Jailed No Limit Rapper Talks Impact of Incarceration: ‘Not Just a DOC Number,’ The Times-Picayune / NOLA.com, April 22, 2017

What is the Meaning of Death while Serving Life? Prison Photography, 2016