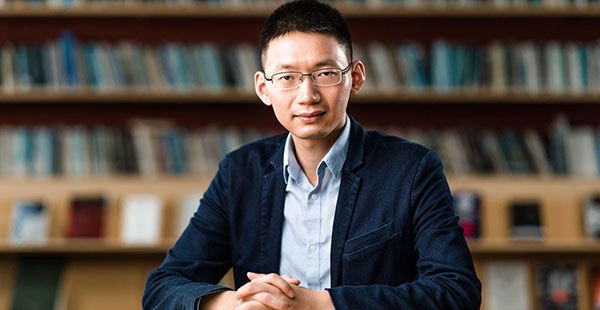 Luyang Zhou holds PhD degree in sociology from McGill University at Montreal, and received his BA and MA, both in sociology too, from Renmin University at Beijing. Zhou’s research interests are anchored in comparative historical sociology, exploring the linkage between empire and revolution. Zhou’s doctoral dissertation compares the Bolshevik and Chinese communist revolutions, over two leaderships’ national identities, military backgrounds, experiences of repressions, and strategies of controlling armies. Zhou is now expanding his thesis into a book manuscript, which compares the two revolutions’ relationships with nationalism. This book project interprets communist revolution as a response to a late-developing dilemma – the end of empire in the absence of nation-state.

My first project explores the ideological inclusiveness of nationalism – why it succeeds in incorporating extreme leftism in some societies but fails to do so in others. This project explains why the Bolshevik and the Chinese communist revolutions were moving in opposite directions: the Bolshevik went against the established Russian nationalism to build a supranational Soviet empire, while the CCP strove to cultivate a Chinese nationalism to reorganize the Qing empire’s territory. Explanation is drawn from the differences between the two revolutions in temporality: timing, sequence, duration, and tempo.

My second project explores how empires technically fall apart. Because of the long-engineered integration, quitting an empire brings about huge costs. However, such costs yield varied outcomes, decelerating the breakup of empires in some places while accelerating it elsewhere. This project explains this variation by first comparing how the former Soviet states quitted the Soviet military system and then extending to multiple cases. It concentrates on the role of leading elites that ascended in populist-nationalist turmoil.

Luyang Zhou, forthcoming, “After Empire: The Breakup of the Soviet Military Establishment in 1992 and 1993”, Journal of Historical Sociology

Luyang Zhou, 2019, “Historical Origins of the Party-Army Relations in the Soviet Union and China”, Communist and Post-Communist Studies. Volume 52, Issue 3, 197-207

Luyang Zhou, 2015, “The Resilience of Socialist Regimes: on Why Communist Regimes did not Collapse: Understanding Authoritarian Resilience in Asia and Europe by Martin Dimitrov” (in Chinese), 21st Century, Hong Kong, Vol. 150, 107-119

INTL1803V: Revolutions that Changed the World